Manufacturing drags down IIP growth to 1.2 per cent in July

During April-July, IIP grew by 1.7 per cent, down from 6.5 per cent in the same period last year. 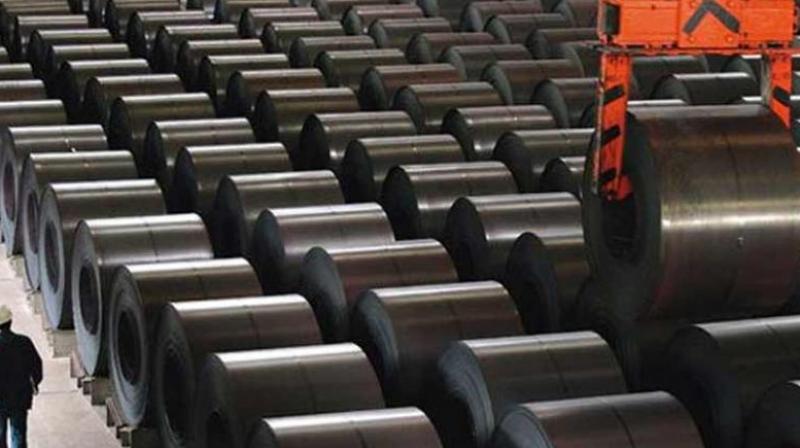 A total of eight out of 23 industry groups in the manufacturing sector grew in July 2017 compared to the corresponding month last year.

New Delhi: Industrial production grew a meagre 1.2 per cent in July from 4.5 per cent a year ago, bearing the brunt of a dismal show of the manufacturing sector -- especially that of capital goods -- putting pressure on RBI to lower rates further.

Factory output measured in terms of index of industrial production had declined by 0.2 per cent in June, according to revised estimates released by the Central Statistics Office (CSO) on Tuesday.

Output of capital goods -- a proxy for infrastructure investments in the country -- contracted 1 per cent in July as against a growth of 8.8 per cent in the year-ago period. Consumer durable goods met with similar fate, with production declining 1.3 per cent as against a nominal growth of 0.2 per cent a year earlier.

However, electricity generation stood out as it posted a growth of 6.5 per cent in July, up from 2.1 per cent in July 2016. Mining output too expanded by 4.8 per cent, as against 0.9 per cent in the year-ago month.

In terms of use-based classification, growth rates in July 2017 over the same month last year stood at 2.3 per cent for primary goods, (-)1.8 per cent for intermediate goods and 3.7 per cent for infrastructure and construction goods. Consumer non-durables have recorded a growth of 3.4 per cent.

A total of eight out of 23 industry groups in the manufacturing sector grew in July 2017 compared to the corresponding month last year.