CPI inflation for September tanks to 3.28 per cent, IIP climbs to 4.3 per cent

According to data released by the government, the retail inflation rate for the month of August stood at 3.36 per cent. 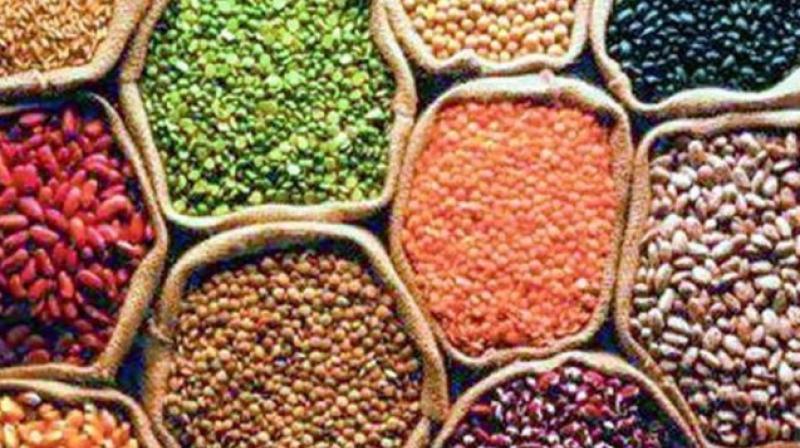 Consumer inflation in August edged lower to 3.28 per cent in the month of September. (Photo: PTI)

Mumbai: Consumer inflation edged lower to 3.28 per cent for the month of September, driven by housing and fuel prices.

According to data released by the government, the retail inflation rate for the month of August stood at 3.36 per cent. Retail inflation stood at 4.31 per cent in September, 2016.

Inflation rose to 2.36 percent in July, after consistently falling for three straight months. The current inflation rate remains below the Reserve Bank's 4 per cent target.

Food price inflation that measures kitchen costs, remained soft at 1.76 per cent. Vegetables prices grew at 3.92 per cent in September as compared to 6.1 per cent in August.

Industrial production (IIP) rose to 4.3 per cent in August, up from July’s 1.2 percent growth.

The drop in inflation may firm up the government and industry's case for a rate cut in December when the monetary policy committee will be meeting again. The Reserve Bank of India had raised its inflation projection to 4.2-4.6 per cent for the second half of the current fiscal due to firming global oil prices and uncertainty on kharif farm output.