a trade standoff between the United States and China threatens to dim the economic outlook. 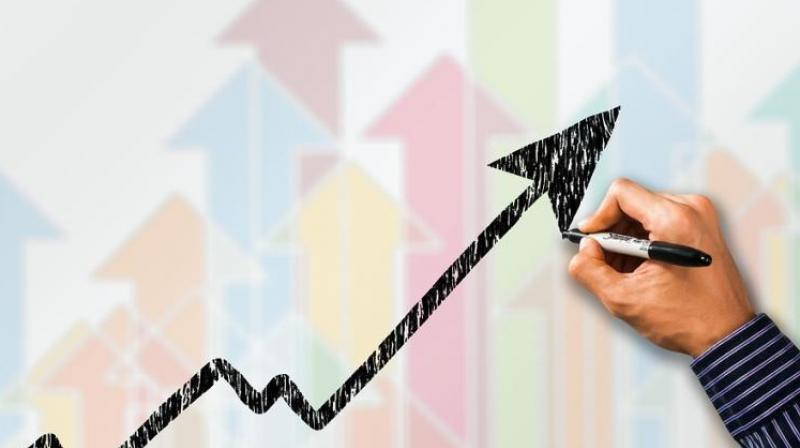 Financial markets have rallied this year on hopes that United States and China will reach a settlement. (Representational Image)

Washington: The global economy is likely to pull out of a brief growth slump later this year with a little help from the world's central banks and from US and Chinese trade negotiators.

Global finance leaders gathered from the spring meetings of the International Monetary Fund and the World Bank agree that the global economy has lost momentum this year. But they expect growth to pick up in the second half of 2019, as central bankers ease up on interest rates.

Still, a trade standoff between the United States and China threatens to dim the economic outlook.

"We must be mindful of an escalation of trade tensions," Japanese Finance Minister Taro Aso told reporters Friday.

Japan holds the chairmanship of the Group of 20 major economies.

Haruhiko Kuroda, head of the Bank of Japan, told reporters on Friday that the G-20 officials saw the IMF's revised forecast as "highly likely" but said all the countries would need to do their part to boost growth.

Forecasters are worried about the US-China trade conflict. The world's two biggest economies have slapped tariffs on USD 350 billion worth of each other's goods.

They are battling over US allegations that China deploys predatory tactics including cybertheft and forcing foreign firms to hand over trade secrets -- in a sharp-elbowed effort to challenge American technological dominance.

Financial markets have rallied this year on hopes that the two countries will reach a settlement.

Changyong Rhee, director of the International Monetary Fund's Asia and Pacific Department, said at a briefing Friday that markets could falter if negotiators can't reach a deal after all.

If the Chinese agree to take in more imports from the United States, as widely expected, those purchases could come at the expense other countries that have been doing business with China. Rhee also expressed concern that China would give American companies "preferential access," undercutting other countries and leading to "broader worries" about the future of free trade.

Rhee also said a US-China trade peace could prove "short-lived" if the two countries can't reach a long-term deal that requires Beijing to improve protection of intellectual-property and make other economic reforms.