Exports may continue to rise in coming months: exporters 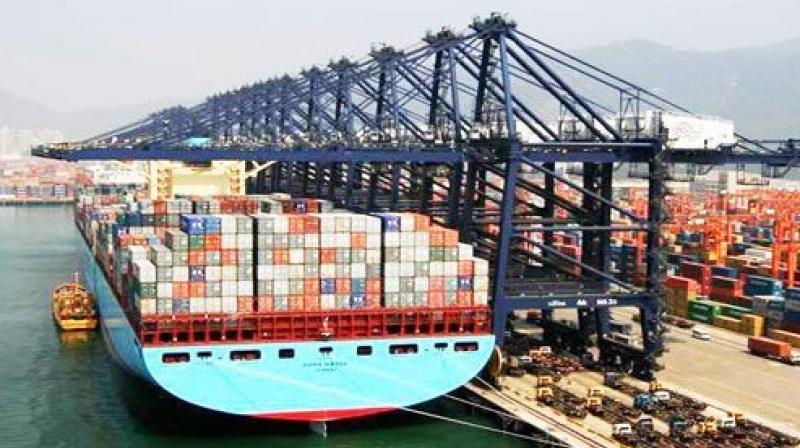 New Delhi: With the exports continuing togrow for the fourth straight month in December, exporters say the trend is likely to sustain in coming months and help the country achieve overall USD 270-280 billion outward shipments in the current fiscal.

"Looking at the continuous positive trend of growth in exports, we are on our course to achieve exports of about USD 270-280 billion during the current fiscal.  The focus in such challenging times should be on marketing with proactive support from the government," exporters' body FIEO President SC Ralhan said.

Exports grew 5.72 per cent to USD 23.9 billion in December on the back of expansion in shipments of petroleum, engineering and pharmaceuticals.

"The positive export growth of merchandise is very encouraging. It appears that our exports have gained the positive momentum and we are optimistic that this would sustain. This is noteworthy as other key countries like China, USA and EU have been facing negative export growth," Ralhan said.

"The growth of services exports during November 2016 too have moved into positive zone though marginally. This is again a good sign. However, we need to be cautious about the Chinese currency devaluation. Since China is facing negative export growth, there may be further devaluation of currency by them.

This will have adverse impact on our exports again," Sanjay Budhia, co-Chairman, International Trade & Export Policy at CII said. "Revival in exports in a large number of key sectors like engineering in December looks much more credible thanks to improvement in demand for industrial commodities such as metals and iron ore.

"The signs of an uptick in the American economy augurs well for the exports and help has come in partly from the exchange rate advantage with strengthening of the dollar. However, Indian currency has seen much lower depreciation than those of the competing economies," engineering exporters' body EEPC India Chairman T S Bhasin said.

"For the quarter as a whole, the merchandise export growth of nearly 6 per cent is very enthusing. Nevertheless, we expect the current account deficit to rise multifold to USD 11 billion in Q3 FY2017 from USD 3.4 billion in the previous quarter, on account of higher gold imports and crude oil prices as well as a lower services surplus.

"Even as the pickup in growth of merchandise exports in December 2016 is encouraging, the bulk of the decline in the trade deficit can be attributed to lower gold imports," Principal Economist at ICRA Ltd. Aditi Nayar said.

Trade deficit during the nine-month period stood at USD 76.54 billion as against USD 100 billion in the same period last year.