RBI remonetised under 70 per cent of cancelled money, it has lifted all curbs on withdrawals from March 13. 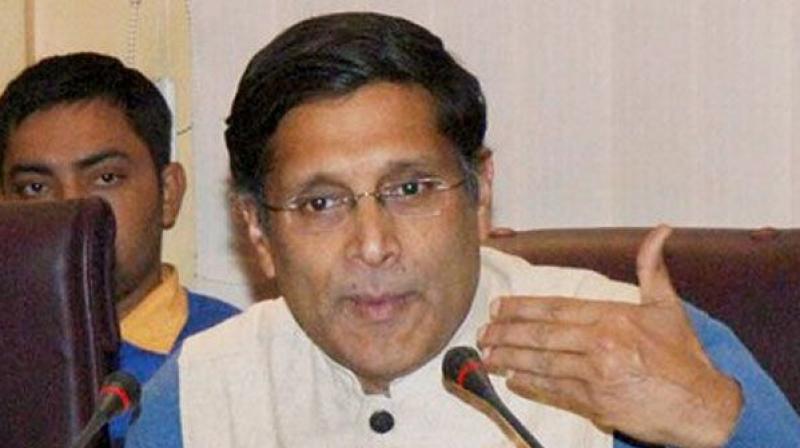 Kochi: Chief Economic Advisor Arvind Subramanian has said demonetisation can be called successful only if the amount of currency in circulation comes down over time and there is an increase in tax compliance.

"Before demonetisation, the cash to GDP ratio was something like 12 per cent. Going forward, that should come down if demonetisation is to be deemed successful," he said while addressing a gathering here last night.

Underlining that there are cost and benefits of the note ban move, the CEA said the cash circulation in the economy is easily measurable. He also said the number of taxpayers needs to go up for the cash ban move to be called a success.

Though the Reserve Bank has remonetised only under 70 per cent of the cancelled money, it has lifted all the curbs on withdrawals from yesterday. The move seeks to signal a "regime shift", Subramanian said, adding that tax compliance should also increase as a result of it.

"The general culture of non-compliance and illicit money creation should also improve through demonetisation, which was trying to signal a regime shift that in future this behaviour will be less tolerated," he warned.

Subramanian said that while the progress of digitisation can and will be monitored to show the success of the move, sufficient attention should also be given to see how the 35 million people who neither own a smartphone nor a feature phone are taking to the digital process.

But he was quick to add that the country is a cash-based economy and digitisation should not be imposed on such people.

"We've to be careful that we do not force digitalisation on those who do not have access in a way that makes them handicapped because we are in a cash economy and we need to be cognisant of that fact," he said.