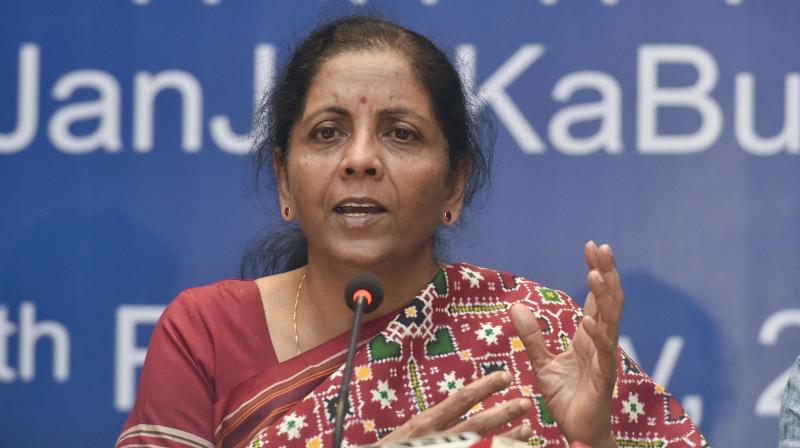 New Delhi: Finance minister Nirmala Sitharaman on Thursday said the second tranche of economic stimulus package will be for the benefit of migrant workers, street vendors and small farmers.

Announcing the second tranche of economic stimulus package, she said the work has been offered to 2.33 crore wage seekers till May 13.

About 40-50 per cent more persons have been enrolled as compared to May last year, she said.

On reforms in pipeline, she said the government is for universal right to minimum wages and wants to remove regional disparity through a national floor wage.

Government to give free foodgrain supplies to migrant workers for next two months and 8 crore non-PDS card holders to get 5 kg of grains/person.

12,000 self-help groups (SHGs) have produced more than 3 crore masks and 1.2 lakh litres of sanitizers during #COVID19 period. 7,200 new SHGs for urban poor have been formed during the last two month says Nirmala Sitharaman.

Prime Minister Narendra Modi had on Tuesday announced a cumulative package of Rs 20 lakh crore (nearly 10 per cent of GDP) to provide relief to various segments of the economy. This included Rs 1.7 lakh crore package comprising of free foodgrains and cash to poor for three months announced in March, and Rs 5.6 lakh crore stimulus provided through various monetary policy measures by the Reserve Bank of India (RBI).

The remaining of the Rs 20 lakh crore package is being announced in tranches -- Sitharman had in the first tranche on Wednesday unveiled a Rs 5.94 lakh crore plan that mostly comprises off-budget items such as Rs 3 lakh crore of credit line to small businesses as support to shadow banks and electricity distributors.

Off-budget items do not result in any outgo from the government exchequer but these will aid in easing liquidity constrains for businesses once the lockdown is lifted.