Business   Economy  14 May 2020  In first tranche of stimulus, MSMEs to get collateral-free loans to restart business
Business, Economy

In first tranche of stimulus, MSMEs to get collateral-free loans to restart business 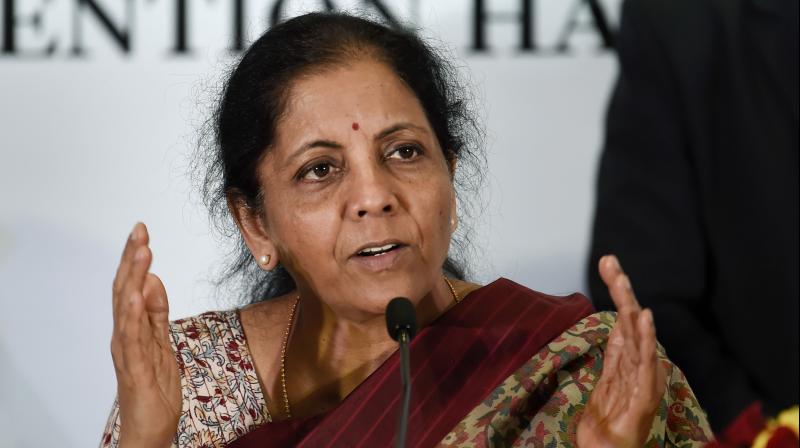 New Delhi:  A day after prime minister Narendra Modi’s announcement of a Rs 20-lakh crore economic package, finance minister Nirmala Sitharaman on Wednesday unfolded the blueprint of its first tranche, which aims to help companies to remain afloat and put more money in the hands of people.

The most important component of the first tranche was collateral-free loans to Micro, Small and Medium Enterprises (MSMEs) worth Rs 3 lakh crore. These loans would be guaranteed by the government and will have to be repaid in four years. It would have a moratorium of one year.

Sitharaman said the loan guarantee will benefit 45 lakh MSME units, which would allow them to resume work and save jobs.

For stressed MSMEs which have taken bad loans, a subordinate debt provision of Rs 20,000 crore has been announced. This will help two lakh MSMEs. “Another Rs 50,000 crore of equity infusion is planned through ‘mother fund-daughter fund' for MSMEs that are viable but need handholding. A fund of funds with corpus of Rs 10,000 crore will be set up to help these units expand capacity and help them list on the markets if they choose,” she said.

The government has also redefined MSME by hiking the limits of capital employed and phased out the different criteria for manufacturing and service companies.

For the benefit of workers, Sitaraman said the government will pay the EPF contribution of both employee and employer for another three months till August. This benefit over 72 lakh employees.

The minister said the government has reduced the percentage of statutory EPF contribution from 12 per cent to 10 per cent. This, however, doesn’t apply to government-run organisations.

“A package worth Rs 30,000 crore special liquidity has been given for investing in investment-grade debt paper of NBFCs, housing finance companies and microfinance institutions. These NBFCs are those that are also funding MSMEs. These will be fully guaranteed by the government of India. While Rs 45,000 crore partial credit guarantee scheme has been extended for NBFCs. The first 20 per cent loss will be borne by the guarantor that is government,” the finance minister said.

The minister also announced emergency funding of Rs 90,000 crore for power distribution companies through the Power Finance Corporation (PFC) and the Rural Electrification Corporation (REC). The funding will be provided against the discoms receivables and will be guaranteed by the state government.

Giving a lifeline to real estate companies, whose work has been stuck because of Covid-19 pandemic, the minister said the the Union Urban Development Ministry will issue an advisory to states/UTs asking them to direct real estate regulators to give more time to realtors.

“The regulators can suo motu extend completion/registration dates for six months for projects expiring on or after March 25, 2020,” she said.

The government has also extended the deadline of contract work and concession period of PPP works by six months.