The minister also said questions around privacy are being raised with increase in digitisation. 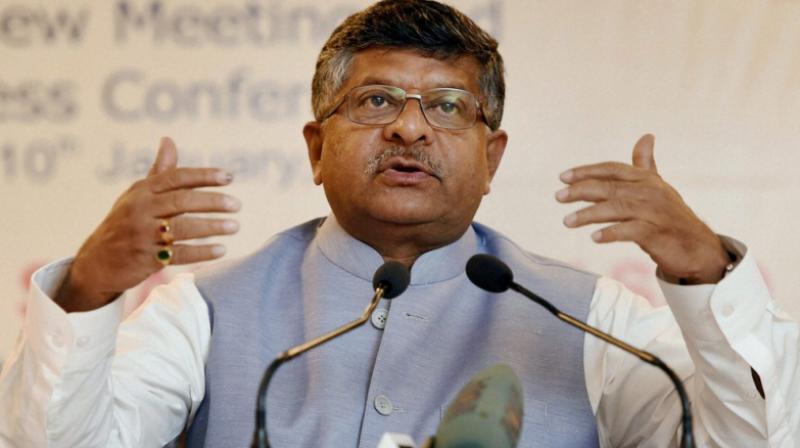 New Delhi: Financial inclusion will succeed only under a transparent government for which use of digital technology is very important, Law and IT Minister Ravi Shankar Prasad said on Wednesday.

The minister also said questions around privacy are being raised with increase in digitisation. "I know this question will be asked if not to IT minister of India then to Law minister of India. The Supreme Court has held right to privacy is not an independent right. It is part of Article 21 and it is not absolute as other fundamental rights of India are not absolute but let me assure you that we are committed to respect the judgement and committed to respect privacy of Indians," Prasad said.