NPAs to touch 10.5 per cent by March as banks recognise entire stress

The 9.5 per cent NPA figure for March 2017 includes only two-thirds of the overall stressed assets. 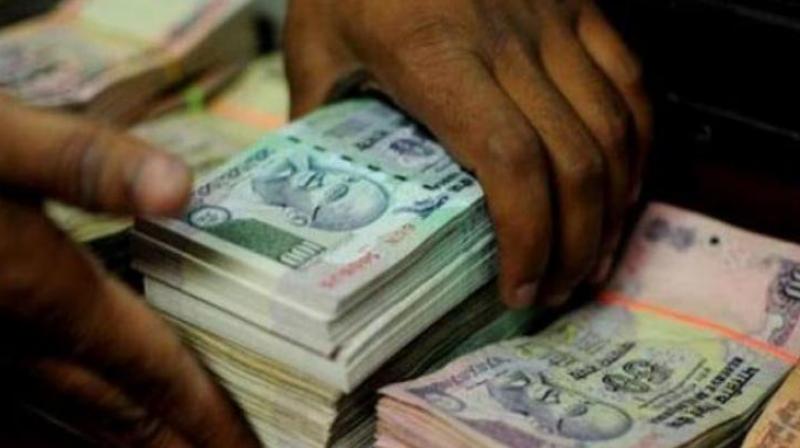 Assets under pressure comprise the not-yet-recognised bad loans, which are recognised as NPAs in one bank.

Mumbai: Crisil Ratings on Thursday said banks have only recognised two-thirds of their stressed loans as non-performing assets, and estimated the bad loan ratio to rise by 1 percentage point to 10.5 per cent by March 2018.

The 9.5 per cent NPA figure for March 2017 includes only two-thirds of the overall stressed assets, it said. The agency said it estimates the total amount of stressed loans, which includes NPAs and standard assets that are under pressure currently and could deteriorate into NPAs, to be at Rs 11.5 trillion or 14 per cent of the system.

Assets under pressure comprise the not-yet-recognised bad loans, which are recognised as NPAs in one bank, but not in others, restructured standard accounts, and stressed assets structured under schemes, such as the strategic debt restructuring, the 5/25 and the S4A, it said.

"Gross NPAs will be 10.5 per cent of advances by March 2018, up from 9.5 per cent in March 2017," it said adding that infrastructure, power, engineering, and construction sectors contribute bulk of the stressed assets.

Faster resolution of stressed accounts through the Insolvency and Bankruptcy Code and various structuring schemes, is critical to improving the asset quality of banks, the agency said.

The report, however, said over the medium-term, a big increase in stressed loans is unlikely on factors like higher commodity prices, lower interest rates, improved capital structure, and efficiency gains for corporates.

"With the majority of stressed assets now recognised as NPAs, rest of the corporate loan portfolio of banks can be expected to perform better over the medium-term," Crisil president Gurpreet Chhatwal said.

He said there will be asset quality deterioration in loans to small businesses and farmers, which are impacted due to introduction of the goods and services tax and demonetisation, and debt waivers, respectively.

But Chhatwal said this is unlikely to put pressure on bank balance-sheets the way large exposures are doing. Fresh NPA creation will decelerate this fiscal, but the overall stock would continue to rise because slippages would still outpace recoveries.

"In the past couple of years, recoveries have been poor and the bulk of the reduction in gross NPAs has been because of higher write-offs," senior director  Krishnan Sitaraman said.

He blamed sluggish economic growth, continued stress in some sectors, and slow place of resolution proceedings as the factors hindering the recovery efforts.