Wholesale inflation jumps to 3.24 per cent in August 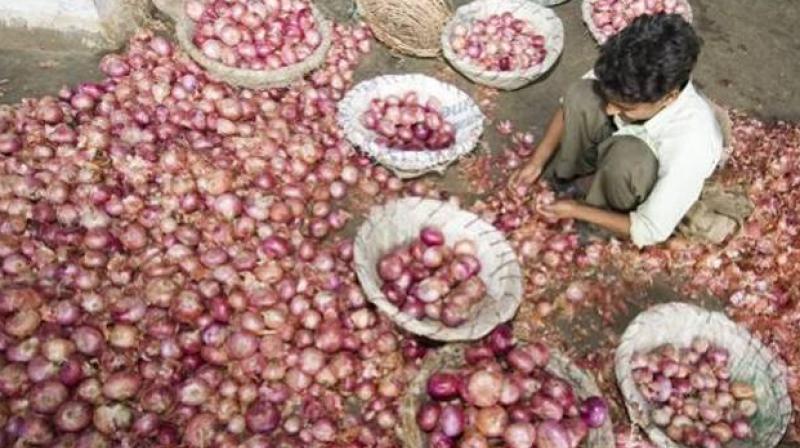 India's WPI inflation rose to a 5-month high of 3.24 per cent in August.

Mumbai: Wholesale inflation in India took a leap of 3.24 per cent during August on the back of rising prices of food commodities and fuel.

Data released by the Ministry of Commerce and Industry showed wholesale price index-based inflation (WPI) in July standing at 1.88 per cent.

Fuel prices that accounts for 13.15 per cent of the wholesale index recorded the maximum rise. Petrol prices in August rose by 24.55 per cent while diesel prices rose by 20.30 per cent. Fuel prices had grown by 4.35 per cent in July.

The trend of escalating fuel prices must be seen in the context of the dynamic mechanism of fuel pricing introduced in June. Prices of petrol and diesel have been shooting up due to the daily price change despite which the Petroleum minister Dhamrendra Pradhan on Tuesday refused to intervene in the system.

The next category that drove up wholesale inflation is 'primary articles', that entail costs of all daily-use commodities. This index rose by 2.66 per cent with price of onion which grew at a whopping 88 per cent. Notable increase was also seen in the category of vegetables (44.91 per cent) and food articles (5.75 per cent).

This category had seen prices growing at a pace of 0.46 per cent in July.

The month of August had seen prices of onions and tomatoes shooting through the roof with monsoons destroying crops in various parts of the country.

While prices of manufactured products grew 2.45 per cent, a notable increase of 8 per cent was seen in the case of sugar prices.

Meanwhile, data released by the government on Tuesday said that retail inflation rose to a five-month high of 3.36 per cent in August due to costlier vegetables and fruits.

The rising trend in both consumer and wholesale inflation makes the case for a further rate cut by RBI in October, weaker. However, the inflation rate is still below the central bank's 4 per cent target rate.