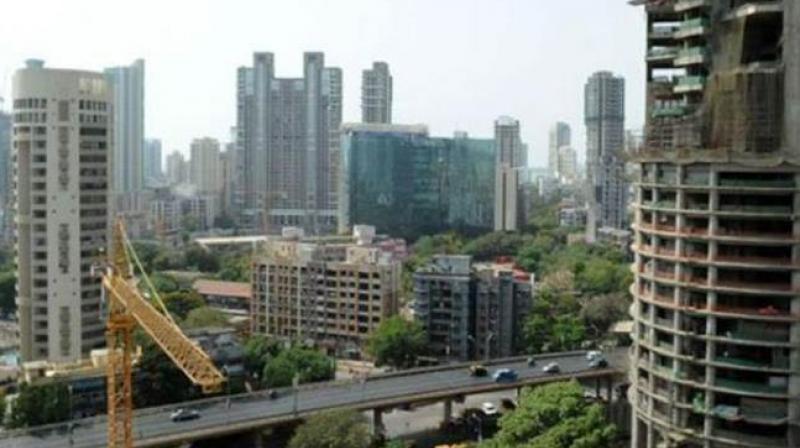 New Delhi: India's informal sector got badly affected by demonetisation and may take further hit due to GST, a UN report said Thursday, lowering country's growth projection to 6.7 per cent for 2017 from 7 per cent in 2016.

UNCTAD's Trade and Development 2017 report notes that the world economy in 2017 is picking up but not lifting off. The growth is expected to reach 2.6 per cent, slightly higher than in 2016 but well below the pre-financial crisis average
of 3.2 per cent.

Referring to India and China, it said at the current levels of growth, the countries are unlikely to serve as "growth polls" for the global economy in near future.
India's "output growth" is likely to slowdown to 6.7 per cent in 2017 from 7 per cent in the previous year, it said.

The report retained the growth projection for China at 6.7 per cent, the same as 2016. India's growth performance, it said, depends to a large extent on reforms to its banking sector, which is burdened with large volumes of stressed and non-performing assets, and there are already signs of a reduction in the pace of credit creation.

Indian banks are saddled with non-performing assets of about Rs 8 lakh crore.
Since debt-financed private investment and consumption have been important drivers of growth in India, the easing of the credit boom is likely to slow GDP growth, it said.

"In addition, the informal sector, which still accounts for at least one-third of the country's GDP and more than four-fifths of employment, was badly affected by the government's 'demonetisation' move in November 2016, and it may be further affected by the rollout of the GST from July 2017," it said.

Thus, even if the current levels of growth in both China and India are sustained, "it is unlikely that these countries will serve as growth poles for the global economy in the near future".

The report said the gradual slowdown of China is expected to continue as it moves ahead with rebalancing its economy, towards domestic markets.
However, the explosion of domestic debt since the crisis is proving to be a major challenge for a sustained growth.

Thus, the dependence on debt makes the boom in China and India difficult to sustain and raises the possibility that when the downturn occurs in these countries, deleveraging will accelerate the fall and make recovery difficult, it said.

"Expecting these countries to continue to serve as the growth poles that would fuel a global recovery is clearly unwarranted," the report said. Referring to global growth, it said most regions are set to register small gains, with Latin America exiting recession and posting the biggest turnaround, even if only at 1.2 per
cent growth.

The eurozone is expected to see its fastest growth since 2010 (1.8 per cent) but is still lagging behind the US. The United Nations Conference on Trade and Development (UNCTAD) report also said that unregulated finance remains at the heart of today's hyper-globalised world and the failure to tame it and address the deep-seated inequalities, it has generated threatens efforts to build inclusive economies.

The report calls for a serious examination of market power, rent-seeking behaviour and "winner-take-most" rules of the game, which have generated exclusionary outcomes.

In response to the political slogan of yesteryear -- "there is no alternative" -- the report outlines a global new deal to build more inclusive and caring economies. This would combine economic recovery with regulatory reforms and redistribution policies, and do so with speed and at the requisite scale.

"The successes of the New Deal of the 1930s in the United States owed much to its emphasis on counterbalancing powers and giving a voice to weaker groups in society, including consumer groups, workers' organisations, farmers and the dispossessed poor. This is no less true today," it said.

It further said a decade after sparking a massive global crisis that absorbed trillions of dollars of taxpayers' money in bailouts, the dominant financial sector has barely changed. The report also examines other sources of anxiety linked
to robots and gender discrimination, which are affecting job prospects in developed and developing economies alike.

"While automation and increased female participation should be welcome developments, they appear threatening because they coincide with a world of austerity and excessive competition, leading to a race to the bottom in job markets," the report said.