The state government had in June, 2017 announced a Rs 34,000 crore crop loan waiver for the marginal farmers. 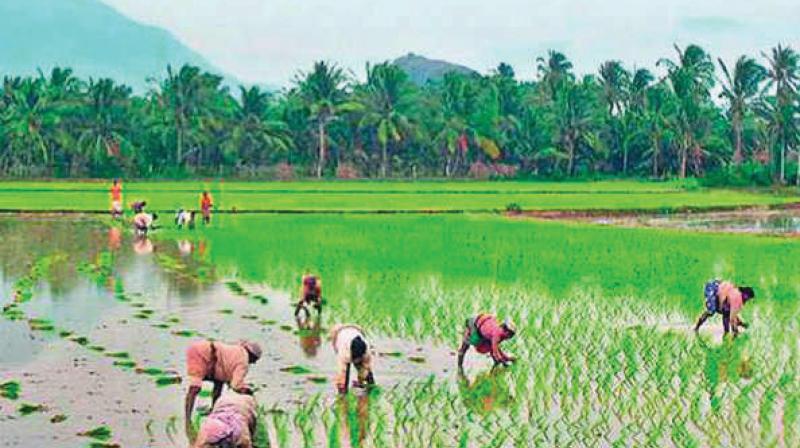 The Maharashtra government on Friday extended the deadline for submission of farm loan waiver applications by seven days.

Mumbai: The Maharashtra government on Friday extended the deadline by seven days for receiving applications from farmers for its loan waiver scheme.

The decision to extend the deadline will benefit around 44 lakh farmers, an official in the chief minister's office here said.

"The chief minister has instructed that the date to receive online applications for the loan waiver scheme be extended by seven days. Farmers can now submit their applications till September 22," the official said.

The state government had in June this year announced a Rs 34,000 crore crop loan waiver for the marginal farmers. Named as 'Chhatrapati Shivaji Maharaj Krushi Sanman Yojana', the scheme aimed at benefiting about 89 lakh farmers.

Congress secretary Al-Nasser Zakaria said the government's decision to extend the deadline for applications will remain an eyewash until the actual loan amount is disbursed to the farmers.

"This government is known to have a soft corner for the trading community. As far as farmers are concerned, the government's performance has been abysmal. Let us wait and watch till the actual money is disbursed. We will then know if justice has truly been done to the farming community," Zakaria said.

The opposition NCP since said the government extended the deadline as the online system of receiving applications did not work. "The best example of technological failure in Maharashtra is the online results of Mumbai University. Yet, all results are not out. Similar is the failure with online applications, which is a dud. Hence, they have extended the deadline," NCP spokesperson Nawab Malik said.