Petrol, diesel prices at 3-year high: Why rates may go down under GST

It has been noted that ever since rollout of dynamic pricing system, prices of petrol rose by as much as Rs. 4.92-7.21 per litre. 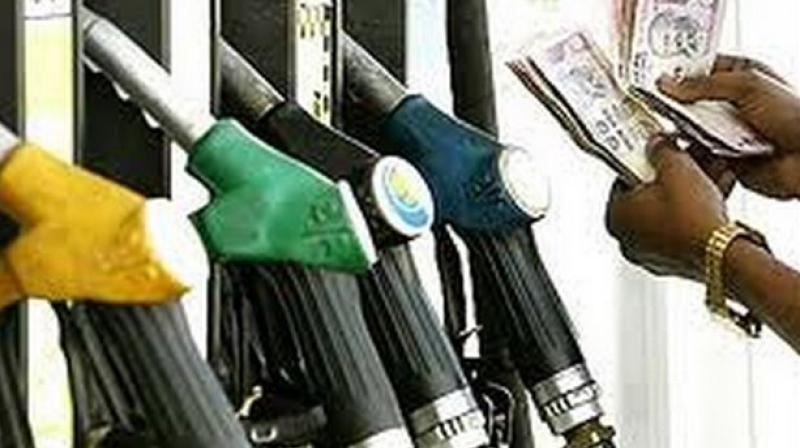 Petrol and diesel prices have hit a three-year high since the introduction of dynamic pricing mechanism in June.

Mumbai: As petrol and diesel prices continue to shoot through the roof, Petroleum Minister Dharmendra Pradhan’s call for including petrol and diesel under the Goods and Services Tax (GST) has raised a lot of questions.

On Friday, a litre of petrol was selling for Rs 79.54 in Mumbai, the highest in three years. Meanwhile, a litre of diesel cost Rs 62.46. The prices in other cities, including the four metros has also been steadily rising. 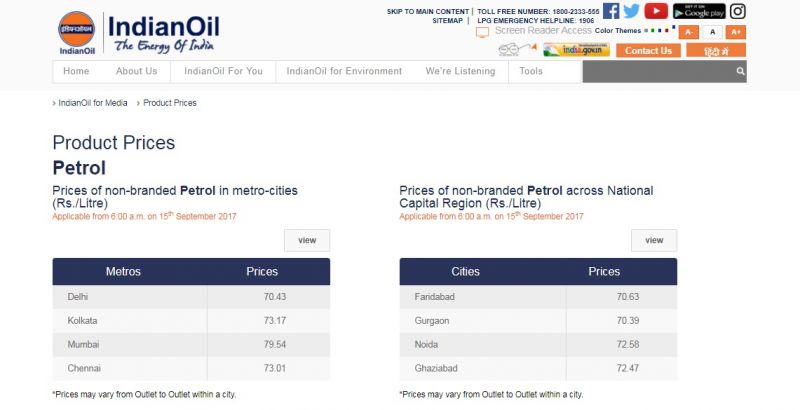 According to data on Indian Oil’s website, petrol dealers buy petrol at the rate of Rs 30.41 in Delhi. After the addition of excise duty (Rs 21.48), dealer commission (Rs 3.47) and VAT (Rs 14.97 or 27 per cent), the total price stands at Rs 70.43, approximately. This break up differs slightly from state to state, depending upon the VAT applied.

At such a time, Petroleum Minister’s non-intervention policy in the daily change mechanism has received a lot of flak. However, he also expressed the need for including petrol and diesel under the ambit of GST, so far excluded. “GST is the only way to have a rational price mechanism in petroleum products. There will be tax predictability if petroleum products are brought under GST,” he said on Wednesday.

What happens if petrol and diesel are included under GST?

If we take into consideration that petrol and diesel are taxed at 12 per cent under GST, then petrol in Delhi would sell at roughly Rs 38 as VAT and excise duty would be subsumed.

Petroleum and diesel owners have also been rallying for the inclusion under GST. "Prices will come down drastically. The state and central government don't want it. We (petroleum dealers) have been demanding for petrol and diesel to be shifted under GST," said Ravi Shinde, President of Petrol Dealers Association, Mumbai.

Due to different taxes imposed by different states, traders consuming fuel in large amounts and ferrying between states, buy fuel from the state where the tax is lower. "If a Maharashtra vehicle is moving from Maharashtra to Gujarat, the owner will buy petrol or diesel from Gujarat because tax is lower. Thousands of people do the same, leading to losses for petrol dealers and overcongestion along borders," added Shinde.

Therefore, by moving petrol and diesel under the ambit of GST,  prices are expected to come down drastically. However, it remains an issue to be decided upon by the Arun Jaitley-headed GST Council.