The RTI query was filed with the Department of Economic Affairs -- that deals with the policy formulation in respect of currency. 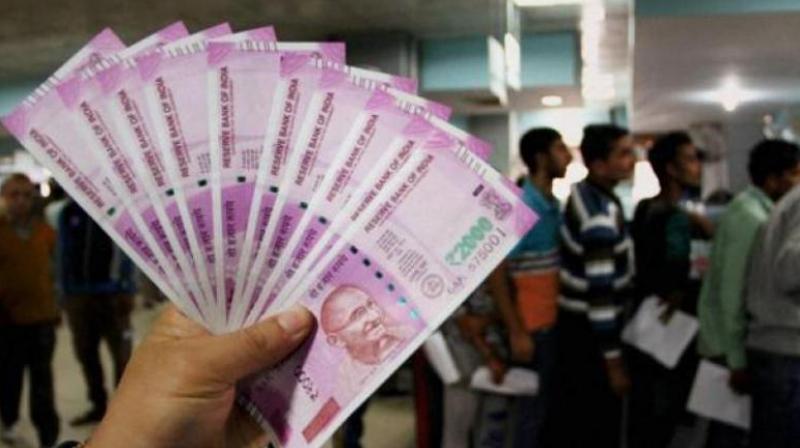 The Reserve Bank of India (RBI) refused to share details of a decision to put the logo of Prime Minister Narendra Modi's 'Swachh Bharat Abhiyan' on the new Rs 500 and Rs 2,000 notes. Photo: PTI

New Delhi: The Reserve Bank of India (RBI) refused to share details of a decision to put the logo of Prime Minister Narendra Modi's pet project 'clean India mission' on the new Rs 500 and Rs 2,000 currency notes, citing security concerns among other reasons.

Replying to an RTI query, the central bank also did not give a copy of the guidelines on the printing of advertisement - including promotion of central government-run initiatives - on the notes.

"The information on form, material, design and security features of banknotes, other than available in public domain, is exempt from disclosure in terms of Section 8 (1) (a) of the Right to Information (RTI) Act, 2005," the RBI said in response to the RTI application filed by a PTI correspondent.

The Section bars "information, the disclosure of which would prejudicially affect the sovereignty and integrity of India, the security, strategic, scientific or economic interests of the state, relation with foreign State or lead to incitement of an offence".

The central bank was asked to give a copy of the order, communication, letter or note sheet in which a decision regarding printing of Swachh Bharat or clean India mission's logo (spectacle frame) and message of 'Ek Kadam Swachhata Ki Aur' (a step towards cleanliness) on Rs 500 and Rs 2,000 currency notes were taken.

To a question on providing the copy of guidelines or any other norms that prescribe standard operating procedures for printing of advertisement including the promotion on the currency notes, the RBI did not give a direct reply.

The RTI query was filed with the Department of Economic Affairs (DEA) -- that deals with the policy formulation in respect of currency, coins and security documents, and planning, coordination issues related to printing and minting currencies and coins - under the Finance Ministry.

The DEA had forwarded the application to the RBI for the response.

As per Section 25 of the RBI Act, 1934, the design, form and material of bank notes shall be such as may be approved by the central government after consideration of the recommendations made by the central board of the Reserve Bank of India.

Modi had on October 2 2014 launched the clean India mission to make the country open defecation free and eradication of manual scavenging among other cleanliness related goals.