CPI inflation is likely to rise above 4 per cent by the end of this year. 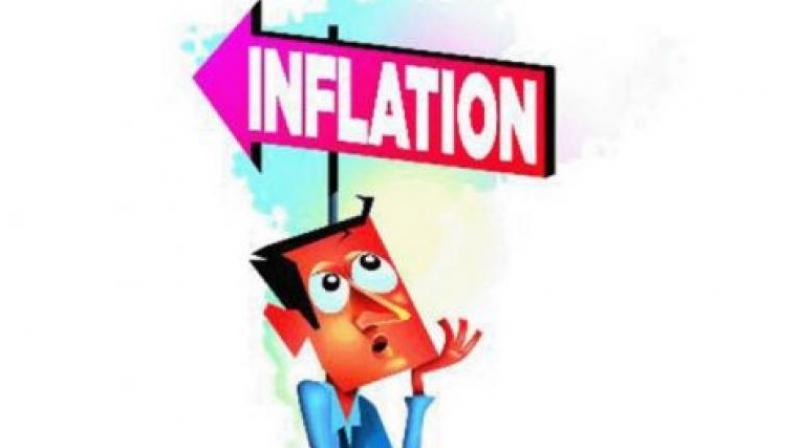 While the recently announced cut in the GST rates for most mass consumption items could provide some respite.

Mumbai: With the consumer price inflation (CPI) index for October surging to a seven-month high, analysts at leading global as well as domestic financial services firms now expect the RBI to hold its policy rate unchanged during the current fiscal year.

While the recently announced cut in the GST rates for most mass consumption items could provide some respite, analysts feel that an upside risks to inflation could arise due to a further rise in global oil prices.

According to analysts at DBS Bank and Nomura Financial Services, the CPI inflation is likely to rise above 4 per cent by the end of this year and stay above the RBI’s target of 4 per cent for the rest of FY18.

“The mechanical impact of housing inflation continues to reverberate, alongside the likelihood of asymmetrical pricing behaviour which will see recent tweaks in GST rates translate into lower prices only with a lag. This sets the stage for November’s inflation to edge up further in the 3.8-4 per cent range, along with elevated core inflation, much to the discomfort of the policymakers. Higher oil prices, GST tweak raising risks of a miss in fiscal targets, and policy normalisation by global central banks – are likely to nudge the policy committee to keep a neutral rather than an accommodative policy stance,” said DBS Bank.

With RBI fixed on the 4 per cent target on a durable basis, and with a plausible case of fiscal slippage and worsening global commodity price cycle, Kotak Securities noted that the likelihood of further policy easing seems to have diminished significantly unless economic data surprises on the downside meaningfully.