RBI, govt to accommodate each other by November 19 meet 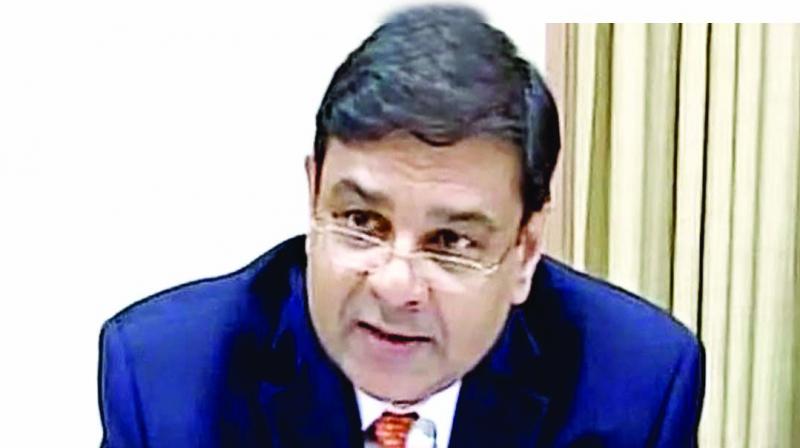 RBI Governor Urjit Patel’s threat to quit is thought to be off the table for now.

New Delhi: The finance ministry and the Reserve Bank of India (RBI) are burning midnight oil to defuse worsening tensions that has threatened to unnerve investors, ease the credit pressure on MSMEs and liquidity squeeze in NBFCs and reach a mutually agreeable solution over PCA-scarred banks.

While the rift is far from healed, both sides are trying ironing out some of their policy differences to restore calm and avoid acrimony at a board meeting of RBI on Monday (November 19).

While RBI governor Urjit Patel’s threat to quit is thought to be off the table for now, the uneasy truce is likely to see the central bank ease up on some lending restrictions to help the government stimulate the economy.

According to sources, Patel could agree to tweak restrictions on lending to improve credit flows for smaller companies with a borrowing limit of Rs 250 million.

The RBI board will also discuss norms for reserves and its sharing with the government under the capital framework besides the relaxation of the prompt corrective action (PCA) framework, sources said.

But redressal of credit squeeze in the MSME sector tops the finance ministry’s priorities, which is seeking some relaxation in norms for lending and addressing the liquidity crisis in the NBFC sector in wake of the IL&FS mess.

According to sources, RBI may take into account these banks’ performance in the last few quarters, their credit growth, slippages, asset quality, NPAs, return on assets (RoAs) and provision coverage ratio to decide on their eligibility to come out of the PCA framework.

The PCA framework kicks in when banks breach any of the three key regulatory trigger points — capital to risk weighted assets ratio, net NPAs and RoAs.
But the most urgent attention and steps would be sought from RBI in easing of lending norms for MSMEs, including strict rating criteria to improve credit flow, sources said.

The central bank seems to have been convinced by the North Block’s consistent efforts to relax some of these criteria to augment credit to this sector. RBI is also expected to consider special dispensation for MSMEs and NBFCs that have been facing liquidity issues.

The government feels MSMEs that employ about 1.2 million plays a critical role in the economy and the sector hit by demonetisation and the goods and services tax (GST) needs support. But RBI has been averse to the government demand for special dispensations for MSMEs and NBFCs as it considers them vulnerable and doesn’t want to increase the risk of higher NPAs.

On RBI’s capital framework, there could be discussion but no action or resolution on Monday, sources said. A committee may be set up to deliberate on the issue, as it will need threadbare discussions taking both sides concerns and arguments into account.

Last week, finance minister Arun Jaitley said there is a need to minimise NPAs to maintain the banking system’s strength and enable it to help economy grow. Only a strong banking system will be able to improve credit flow to sectors in dire need of it, he had said.