Domestic brokerage firm said around Rs 1.6 trillion of farm loans could come up for waiver. 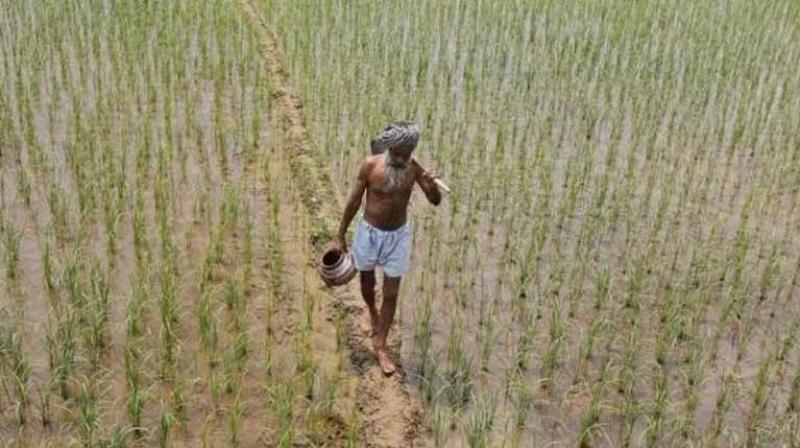 Agricultural states resort to such loan waivers, the impact on consolidated fiscal deficit could be 1 to 1.3 per cent of GDP. (Photo: PTI)

New Delhi: Policies like farm loan waivers do not address the fundamental problems of Indian agriculture sector and if major agricultural states resort to such schemes, the impact on consolidated fiscal deficit could be 1 to 1.3 per cent of GDP, says a report.

According to Kotak Institutional Equities, such policies create moral hazard problem leading to expectation of such waivers and inducing demonstration effects at national level.

"We believe, if major agricultural states resort to such loan waivers, the impact on consolidated fiscal deficit could be 1 to 1.3 per cent of GDP," the report said adding, this impact is likely to be spread out over three to five years, cushioning the near term economic impact to 0.2-0.4 per cent of GDP.

The domestic brokerage firm said around Rs 1.6 trillion of farm loans (0.9 per cent of GDP) could come up for waiver. Given the fiscal position of some states and the likely impact of these loans, they may stagger the payout over three to five years, the report said adding that consequently, slippages to consolidated fiscal in 2017-18 will be around 0.2 to 0.4 per cent of GDP and could lead to higher borrowing if no expenditure adjustments are made.

Reportedly, Karnataka, Madhya Pradesh, Maharashtra, Punjab, and Uttar Pradesh are looking at farm loan waivers. These loan waivers could increase to Rs 2.2 trillion if other prominent agricultural states like Bihar, Haryana, and West Bengal also opt for it, the report noted.

"But, these did not have any long-term positive impact. In fact, it possibly created a negative environment for farmers where banks showed reluctance to lend to them again. Further, these waivers do not address the fundamental problem of raising agricultural productivity which in turn will be much more remunerative to them," the report said.