Loans have been given for period starting June 1 till June 12 for current Kharif season. 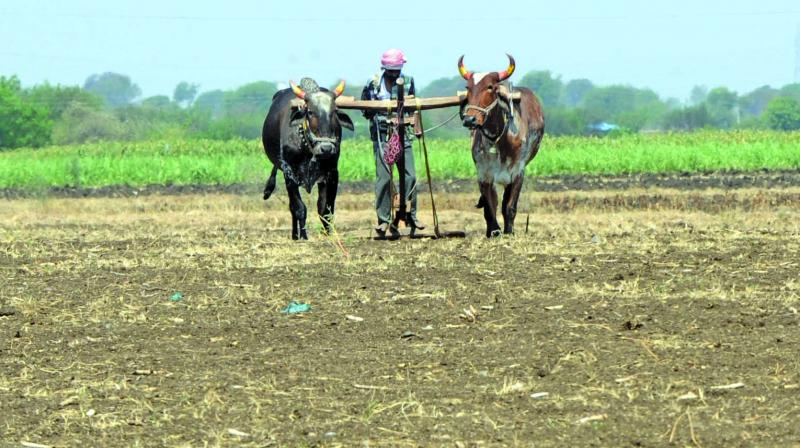 According to the minister, the disbursed loan amount is 21 per cent of the total loan disbursal target of Rs 40,547 crore set for this Kharif season. He said the PSU banks have been asked to use the existing network of district central cooperative banks as well as credit cooperative societies for the disbursement of Rs 10,000 as the primary loan to needy farmers.

"The same network can also be used for the recovery of loan from farmers subsequently. But at any cost, loan should not be rejected to any farmer in Maharashtra for not having a bank account in any PSU or commercial bank," Deshmukh said.

He said the state government in the last two years had restructured the loans, a move which has benefited farmers. "Those farmers who do not repay loan before June 30, their loan would become debt. There will be a separate
decision regarding the same," the minister said.

Deshmukh said he held a review meeting of all district deputy registrars in the state today and directed them to prepare a detailed list of defaulters, and publish it outside the district central cooperative banks.

"The loan seeking farmers should come to know who have put their bank into financial trouble," Deshmukh said. There are 14 district central cooperative banks in Maharashtra that are in financial crisis.

"The government has asked the PSUs to chip in and provide Rs 10,000 as initial loan to farmers for seeds and fertiliser procurement. Out of 1.32 crore farmers in
Maharashtra, 82 lakh farmers avail loan every year. I think some 32 lakh farmers would benefit from the state government's offer to grant Rs 10,000 as an interim loan," Deshmukh said.

Bowing to farmers' protests, the state government last Sunday agreed in principle to grant a "complete but conditional" loan waiver to peasants.