Modi's office has formed a team of top law enforcement and revenue officials to go after such companies. 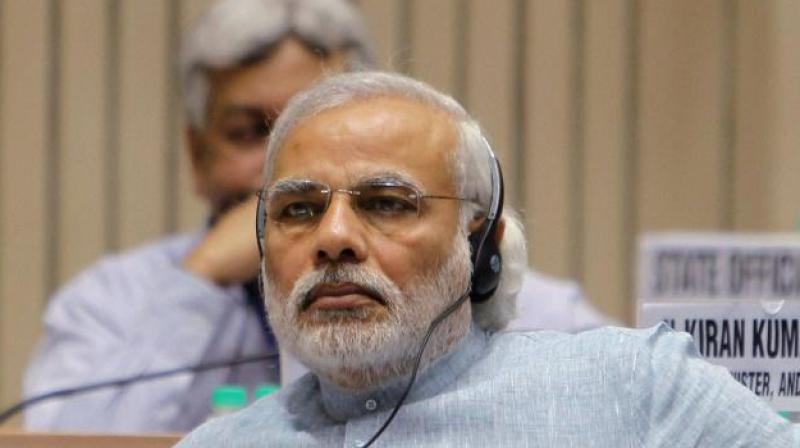 The systematic crackdown on shell companies is perhaps one of the most tangible outcomes of demonetization.

The moment, said a top aide to Modi, was an eye-opener for the government, which had not realized just how much shell companies were being used to hide assets and launder money.

Modi's office has formed a team of top law enforcement and revenue officials to go after such companies, according to the aide and a government memo reviewed by Reuters.

Last month, the authorities ordered nearly 200,000 shell companies to be shut down, and the aide said the government is examining hundreds of thousands more.

The systematic crackdown on shell companies - which have no active business operations or assets - is perhaps one of the most tangible outcomes of demonetization, which aimed to hit tax evasion and move India toward cashless, digital transactions that leave a paper trail.

"We are very much at war against black money. The impact of this (crackdown) will be huge on shell companies," the aide, who cannot be named in line with government rules, told Reuters.

In his Independence Day address on Tuesday, Modi claimed credit for going after these companies, and warned that "looters of the nation's wealth will have to answer."

Modi took office in 2014, vowing to fight corruption and bring back billions of dollars stashed away overseas as well as in real estate, stock markets and front companies through a web of fictitious names.

While the move to withdraw 85 percent of bank notes shook the economy and was widely criticized, the fight against unaccounted wealth carries overwhelming support from ordinary Indians who often have to pay bribes for government services.

A high-level task force leading the investigation has found hundreds of shell companies are registered in a few buildings in the eastern city of Kolkata, according to the government note reviewed by Reuters.

More than 400 companies listed their address in a dimly-lit colonial-era building at 9/12 Lalbazar Street.

In its warren of offices were firms offering services such as earthmoving equipment, infrastructure financing, information technology consultants and many others which had office space the size of cubicles.

Many were locked, with their padlocks coated in dust. Others were grimy residential quarters with laundry hanging from the windows.

Data separately provided by Tofler, a company information database service, identified nearly 3,000 companies in two offices in the building. Some were named after flowers.

A tax inspector said the Kolkata firms were a virtual money laundering industry and drew a parallel to the Panama legal firm Mossack Fonseca that emerged from obscurity last year after the leak of millions of documents from its offices that illustrated how the wealthy use offshore corporations to avoid taxes.

"The Kolkata industry does the work of obfuscating money trails. Kolkata companies are a huge network that take your money from one end and bring it out the other," said the inspector, who didn't want to be identified as he's not authorized to talk to the media.

The shell companies support much of the fraud and embezzlement in India, tax authorities say.

The owners of these companies create elaborate smokescreens, including naming personal servants and chauffeurs as board directors, the tax inspector said, adding they are used to obscure the ultimate beneficiaries, conceal political investment, route money to evade tax, commit fraud or manipulate tenders.

Last week, the Securities Exchange Board of India imposed trading restrictions on 162 listed entities as shell companies as part of its broader crackdown on illegal offshore transfers and tax evasion.

Several firms identified in the list of front companies have challenged the decision, saying they were engaged in legitimate business.

The Serious Fraud Investigation Office is creating a database of shell companies, and has so far identified 114,269 as front firms.

The database contains details of those involved in the shell company 'eco-system', from those who set up the companies to the beneficiaries of laundered money and the professional mediators who bring the operators and beneficiaries together, the government note said.

More than 370 front companies were listed at 23A Netaji Subhash Road, another site in Kolkata, according to the note.

Sujit Kumar Mukherjee, the secretary of the 23A Tenants’ Association, said he was not in a position to say if there were front firms operating from the building.

"It is very difficult to say who is doing what behind the front door," he said.