RBI's board meeting is scheduled to take place on Monday where the issues raised by the govt, including easing of PCA norms. 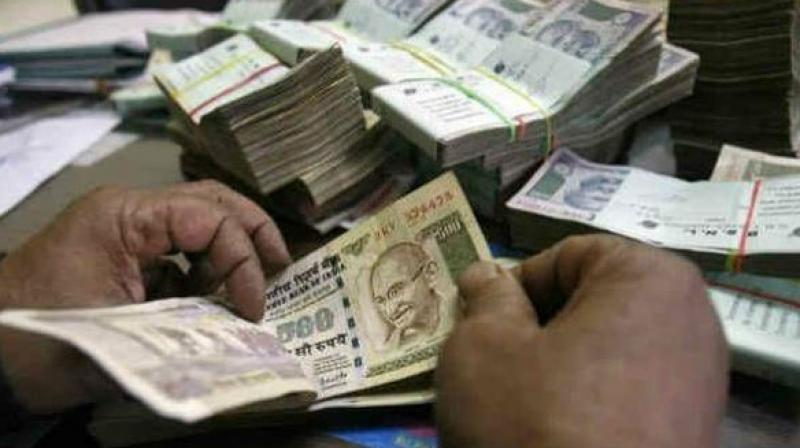 RBI currently has reserve of 27-28 per cent, which may have further gone up due to the recent depreciation in the value of rupee.

New Delhi: Ahead of next week's crucial board meeting of RBI, the central bank's independent director and RSS ideologue S Gurumurthy on Thursday made a case for calibration of its massive Rs 9.6 lakh crore reserves, saying no central bank in the world maintains such high levels of surplus.

Mr Gurumurthy, who was appointed to the board of RBI a few months back, said the capital adequacy ratio prescribed in India is 1 per cent higher than the global Basel norms. He also pitched for easing lending norms for small and medium enterprises, which account for 50 per cent of the country's GDP.

In his first public comments since the spat between the RBI and the Finance Ministry over a range of issues came out in the open, Mr Gurumurthy said the stand-off "is not a happy thing at all".

The RBI's board meeting is scheduled to take place on Monday where the issues raised by the government, including easing of PCA norms, cutting size of reserves and enhancing credit to MSMEs, are likely to come up for discussion.

Praising the shock demonetisation of old Rs 500 and Rs 1,000 notes in November 2016, he said the Indian economy would have collapsed under the weight of high denomination currency notes which had risen to Rs 4.8 lakh crore in just 18 months and was being funnelled to real estate and gold. On the issue of capital framework for RBI, he said two different studies have put the adequate size of reserve that the central bank must maintain to guard against default risk at 12 per cent and 18.76 per cent. However, the RBI currently has reserve of 27-28 per cent, which may have further gone up due to the recent depreciation in the value of rupee.

"You cannot say, come on it has appreciated so much, give me that money. I don't think the government is asking for that. As my understanding goes, the government is only asking for a formulation of a policy as to how much reserve the central bank must have. Most central banks don't have reserves of this kind at all, only RBI has these kinds of reserves," he said.

Mr Gurumurthy was delivering a lecture on 'State of the Economy: India and the World' at the Vivekananda International Foundation (VIF) here.

Stating that the stand-off between the RBI and government "is not a happy thing at all", he indicated that differences could be a result of considering only the American system as the perfect ecosystem.

"But I think an alternative is necessary and exists also. That is part of an overall correction of the Indian mind," he said.

On easing of Prompt Corrective Action (PCA) framework, he said there has been certain revisions of norms recently.

"If capital adequacy is the only ground, then much of this problem won't be there. But there is capital adequacy-plus grounds on which this issue is there. That is the matter of dispute between the government and RBI," he said.

Of the 21 state-owned banks, 11 are under the PCA framework. These are Allahabad Bank, United Bank of India, Corporation Bank, IDBI Bank, UCO Bank, Bank of India, Central Bank of India, Indian Overseas Bank, Oriental Bank of Commerce, Dena Bank and Bank of Maharashtra. With regard to Basel III norms on capital adequacy, he said the BIS prescribes these for only internationally active banks.

"But banks which are not internationally active, need not conform to what (they) say. The universal banks need not conform to what (they) say. We don't have any commercial banks. We have only universal banks because our banks do term lending. But still the same Basel norms are imposed," he said.  In India, for both internationally active and domestic banks it is 9 per cent, he said.

"We are doing more than what Basel wants and so the banks have less money to lend. These are all the things on which there is no discourse in India," he noted. There are only four internationally active banks in India, he said, adding all others are domestic lenders. "They need not have 8 per cent capital. They are forced into having 9 per cent capital. Because some people think the IMF feels happy if we have 9 per cent capital," he said.

Making a case for restricting imports, Mr Gurumurthy said the government has been following an utterly wrong policy of having capital goods import exceeding oil imports.

"We need to go in for heavy import restrictions. We have got to cut down the current account deficit and trade deficit in the next one year. Otherwise we will continue to accentuate this problem. On this, all the institutions need to work together," he said. Backing demand for enhancing lending to MSMEs, he said this sector has been hit by both demonetization and GST and has been starved of credit.

"If government says (this sector) should be funded, the media says the government is working against the independence of the RBI. A sector which is driving the lifeline of India, which constitutes 70 per cent of exports of India, 90 per cent of employment and 50 per cent of GDP of India that is starved of money, these are the issues," he said.