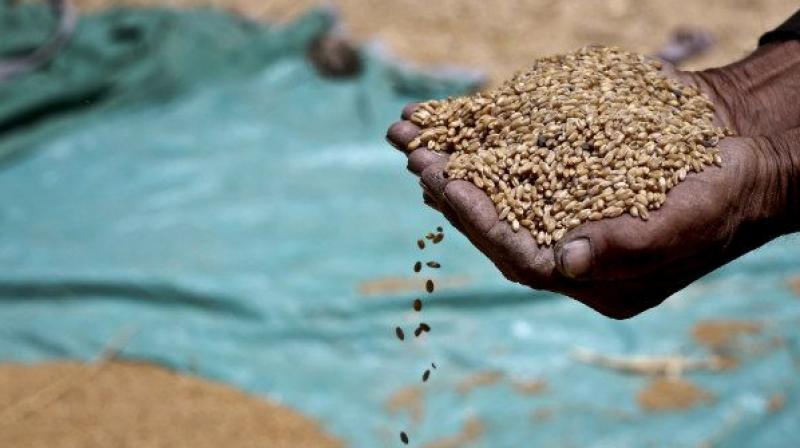 Wheat inventories at ports have climbed to a record high of about 1.8 million tonnes, mainly cargoes shipped from Australia and the Black Sea region, trade and industry sources said.

"Flour mills are not keen to take imported wheat as they prefer local wheat which is good quality this year," said a trader who has been actively supplying the commodity to India. "It is a headache for traders who shipped cargoes anticipating strong demand."

Global corn, wheat and soybean inventories have risen for four straight years in the longest stretch of increases since the late 1990s, according to U.S. government data.

India, however, the world's second-biggest wheat producer, has suffered a supply shortfall after two years of lower production. Importers shipped in close to 5 million tonnes of wheat in the 10-months to end-April, the most in a decade.

But in March, the country imposed a 10 percent import tax on the grain to curb imports at a time when Indian farmers were starting to harvest their crops.

"Imports have slowed down, or we can say imports have nearly come to a halt, because of the strong harvest and lower prices in most parts of the country," said R. K. Garg, managing director of R. R. Flour Mills and former president of the Roller Flour Millers Association of India.

"Those who had import commitments have suffered losses due to a fall in prices here."

For the year to June 2018, traders expect India's demand for imported wheat to slow, but it will still need to buy about 2-3 million tonnes as local supplies dwindle towards the end of the year. It will take a few years of bumper production to rebuild stocks to comfortable levels, they say.