The decision comes after requests posed by various state governments 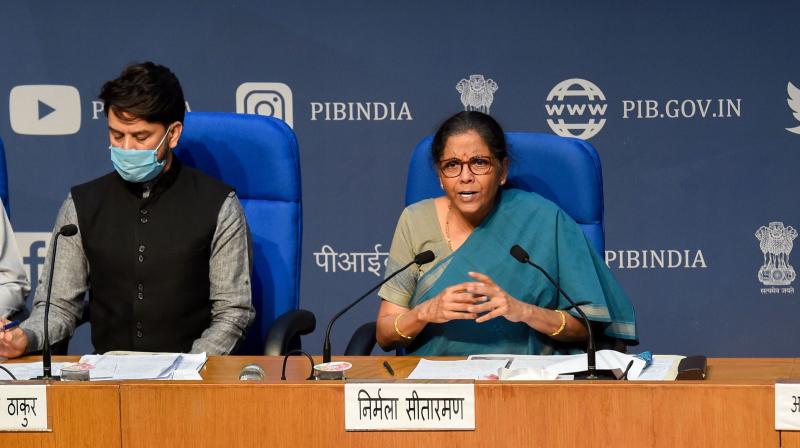 New Delhi: To deal with the economic fallout of COVID-19, the Centre increased borrowing limit for states from three to five per cent for 2020-21 only, Union Finance Minister Nirmala Sitharaman announced on Sunday.

"In view of the unprecedented situation, Centre has decided to increase borrowing limits of states from 3 per cent to 5 per cent of Gross State Domestic Product (GSDP) for 2020-21," Sitharaman said while announcing the last tranche of the economic package announced by the government.

She added that this will give the states extra resources of Rs 4.28 lakh crore.

However, the Finance Minister said that the net borrowing ceiling of states for the same year was Rs 6.41 crore, based on 3 per cent of GSDP and added, "75 per cent thereof was authorised to them in March 2020 itself and timing is left to the states. States have so far borrowed only 14 per cent of the limits authorised, 86 per cent of the authorised borrowing remains unutilised."

She had earlier announced that the Centre has allocated an additional amount of Rs 40 thousand crores under the Mahatma Gandhi National Rural Employment Guarantee Scheme (MGNREGS).

The announcements came after the Prime Minister Narendra Modi on Tuesday announced a Rs 20 lakh crore stimulus package for the country to become 'self-reliant' and deal with COVID-19 crisis.