Recently, consumer court NCDRC had imposed a penalty on a multiplex for selling water above MRP. 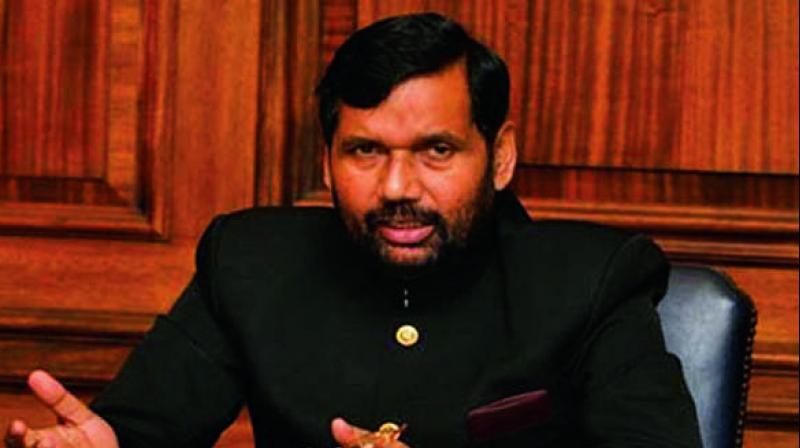 To strengthen legal metrology enforcement, Paswan said it has been decided to provide technological support to states to prevent unfair trade practices in weights and measurements, set up a facility in gram panchayats where people can crosscheck the quality of weighing instruments besides mobile vans with labs to reach out to remote areas.

MRP of products is fixed by private firms. But there have been complaints of charging more than MRP and declaring dual MRP. Recently, consumer court NCDRC had imposed a penalty on a multiplex for selling water above MRP.

"There is no need to have a new law to regulate MRP. The existing Act is sufficient and we have enough powers to take action against violators," Paswan told reporters after the national consultative meeting on legal metrology here.

The state governments have been asked to be more vigilant and take prompt action against violators. They have also been asked to create consumer awareness, he said. Besides the MRP issue, Paswan expressed concern over "inaccuracy" in critical instruments like thermometer and sugar testing devices used in daily life.

"Wrong and imprecise measurement builds mistrust and is often a source of safety hazard... There are doubts expressed sometimes regarding the accuracy of petrol pumps, and weighing machines used in agricultural mandis," he said.

In the wake of growing trade and commerce, Paswan said there should be more efforts to build consumer confidence in the system and stop manufacturers from indulging in unfair practices and pushing sub-standard products in the market.

Issues of legal, administrative, operational challenges were discussed at the national consultation meeting and a strategy for a more coordinated and focused approach for the future was agreed upon.

It was decided to give awards to three states for best legal metrology administration, earmark funds for creating consumer awareness programme and set up national and regional museums on legal metrology.