It also notified the decision to allow 26 per cent FDI in digital media, a move over which certain industry and experts have raised issues. 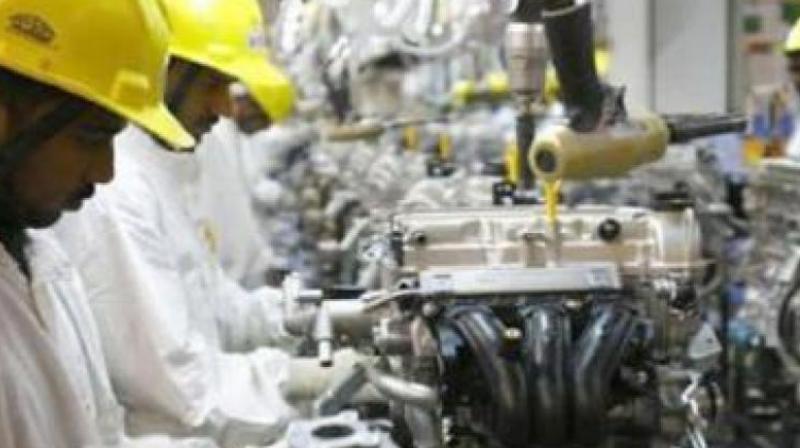 Amending FDI norms for the manufacturing sector, it said foreign investment in 'manufacturing' sector is under automatic route.

The DPIIT, under the commerce and industry ministry, deals with FDI-related issues. It notifies FDI-related government decisions through Press Notes.

The department has also notified the decision to allow 26 per cent FDI in digital media, a move over which certain industry and experts have raised issues.

According to the Press Note of the department, 100 per cent FDI is permitted for sale of coal, coal mining activities including associated processing infrastructure subject to the provisions of Coal Mines (Special Provisions) Act, 2015 and the Mines and Minerals (Development and Regulation) Act, 1957.

Amending FDI norms for the manufacturing sector, it said foreign investment in 'manufacturing' sector is under automatic route.

It added that a single brand retail company with FDI selling Indian brands now will not have to follow the condition that such firm should sell products under the same brand internationally.

They also does not have to comply with the condition of signing a legally tenable agreement to undertake the retailing.

In the coal sector, now foreign players can invest 100 per cent for mining and sale of coal under the automatic route. They will also be able to carry out other associated processing infrastructure operations related to the sector such as coal washery, crushing, coal handling, and separation (magnetic and non-magnetic).

According to the current FDI policy, 100 per cent foreign investments under the automatic route was allowed for coal and lignite mining for captive consumption by power projects, iron and steel and cement units only.

But, the decision is subject to provisions of the Coal Mines (Special Provisions) Act, 2015, and the Mines and Minerals (Development and Regulation) Act, 1957.

The government also clarified that 100 per cent FDI is permitted for contract manufacturing.

In the current policy, 100 per cent FDI is allowed under the automatic route in the manufacturing sector but it was silent on contract manufacturing.

Further, the government permitted 26 per cent overseas investments through the government approval route for uploading or streaming of news and current affairs through digital media, on the lines of print media.

The current FDI policy was silent on the fast-growing digital media segment.

According to industry players and experts, the government's move to cap FDI in news and current affairs digital media to 26 per cent throws up questions that need clarifications as some of those who were looking to raise funds could be restricted.

Deloitte India Partner Jehil Thakkar had said clarity is needed on how to treat cases of television broadcasters which are streaming news online but are allowed 49 per cent FDI.