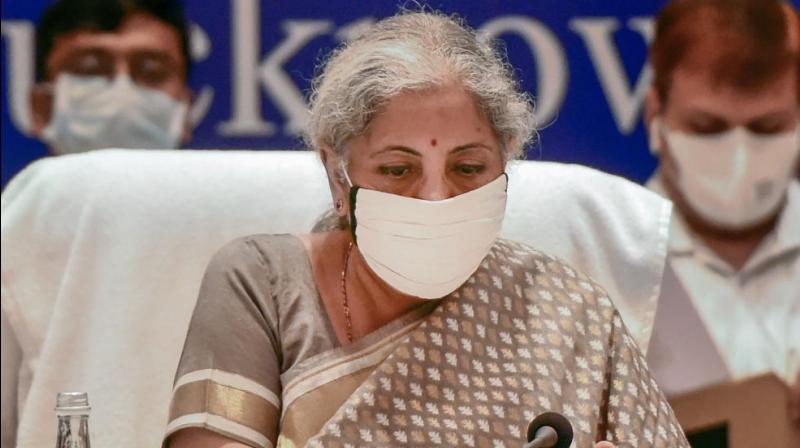 Chennai: Food delivered at home and cab services will become costly with the government bringing the services under the ambit of the GST. The GST Council which met on Friday, however, deferred a decision on making GST applicable for petrol and diesel.

E-commerce operators are being made liable to pay tax on transport of passengers by any type of motor vehicles and restaurant services provided through it with some exceptions. Further, services by cloud kitchens and central kitchens are covered under ‘restaurant service’ and attract 5 per cent GST without input tax credit. Ice cream parlours which sell manufactured ice cream would attract GST at the rate of 18 per cent.

"The e-commerce operators like Swiggy, Zomato etc would need to raise their own invoices and deposit GST to the government even if the actual restaurant supplier is not liable to pay GST due to its turnover being below threshold limit. The move might help in increasing GST collections from restaurant supplies by shifting the taxing duty on established business players instead of small restaurants," said Abhishek Jain, tax partner EY. This will make home deliveries expensive.

Further, carbonated fruit beverages will attract a GST rate of 28 per cent and cess of 12 per cent. Scented sweet supari and flavoured and coated illachi falling under heading 2106 will attract GST of 18 per cent.

Contrary to the expectation that petrol and diesel might be brought under GST, the council deferred a decision. “In terms of the recent directions of the High Court of Kerala, the issue of whether specified petroleum products should be brought within the ambit of GST was placed for consideration before the council. After due deliberation, the council was of the view that it is not appropriate to do so at this stage,” government said.

Further, GST rate changes in order to correct inverted duty structure, in footwear and textiles sector, as was discussed in earlier GST Council Meeting and was deferred for an appropriate time, will be implemented with effect from January 1, 2022.

The GST rate of biodiesel supplied to oil marketing companies for blending with diesel, fortified rice kernels for schemes like ICDS and medicine Keytruda for treatment of cancer has been brought down to 5 per cent. However, the rate on ores and concentrates of metals such as iron, copper, aluminium and zinc, all kinds of pens, miscellaneous goods of paper like cards, catalogue, printed material and waste and scrap of polyurethanes and other plastics has increased to 18 per cent.

The reduced rates of Covid medicines, including remdesivir, tocilizumab and favipiravir have been extended to December 31.

GST rates of printing and reproduction services of recorded media where content is supplied by the publisher and licensing services, the right to broadcast and show original films, sound recordings, radio and television programmes have been raised to 18 per cent.

"The Council has proposed to issue clarification on some of the crucial areas of disputes like intermediary services which is going to be highly relevant for resolving conflicts for BPOs, other backend global offices, etc and put an end to unnecessary litigations," said Jain. It has also clarified that no interest will be levied on ITC availed but not utilized.

Unutilised balance in CGST and IGST cash ledger may be allowed to be transferred to entities having the same PAN but registered in different states, without going through the refund procedure.

The council also decided to set up a GoM to examine the issue of correction of inverted duty structure for major sectors; rationalize the rates and review exemptions from the point of view of revenue augmentation, from GST. A GoM will be set up to discuss ways and means of using technology to further improve compliance including monitoring through improved e-way bill systems, e-invoices, FASTag data and strengthening the institutional mechanism for sharing of intelligence and coordinated enforcement actions by the centre and the states.