Governments across globe under pressure to control covid19 economic damage 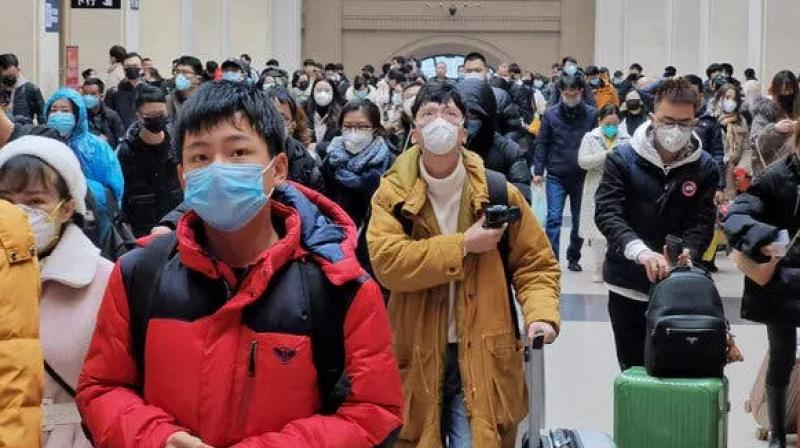 Seoul: South Korea reported fewer than 10 new coronavirus cases Sunday for the first time in two months as US governors ease lockdowns amid pressure worldwide from businesses and the public to limit the pandemic's economic damage.

In Brazil, hundreds of people protested in major cities against anti-virus lockdowns.

France reported a decline in numbers of intensive care patients but its health agency warned the public to stick to strict isolation measures.

The pandemic that began in central China in December is believed to have infected more than 2.3 million people worldwide. While most recover, at least 155,000 have died, according to a tally by Johns Hopkins University.

But officials warn of the possibility of a "quiet spread" as people relax social distancing.

"We must not loosen our guard until the last confirmed patient is recovered," President Moon Jae-in said on Sunday.

China reported 16 new cases and no deaths in the 24 hours through midnight Saturday. That raised the official fatality toll to 4,632 some three-quarters of them in the central city of Wuhan, where the virus emerged - among 82,735 confirmed cases.

Governments face pressure to reopen factories, shops, travel and public activities even as numbers of infections rise in the US and some other countries.

Shutdowns that began in China in late January and spread to the US, Europe and elsewhere have wiped out millions of jobs, plunging the world into its most painful economic slump since the Great Depression of the 1930s.

The International Monetary Fund expects the global economy to contract by an unprecedented 3% this year - a far bigger loss than 2009's 0.1% after the global financial crisis.

Texas, Indiana and some other states have announced plans to allow some retailing and other activity to resume. Florida and South Carolina are reopening beaches.

Trump, whose administration waited months to add to stockpiles of key medical supplies and equipment, appeared to support protesters.

Brazilian President Jair Bolsonaro, who has criticized anti-virus shutdowns imposed by state governors, said on Saturday that he would recommend reopening its borders with Paraguay and Uruguay.

Bolsonaro has downplayed the threat of the disease. On Friday, the president fired his health minister, who supported anti-disease controls, and indicated he expects the new minister to protect the economy.

Elsewhere, demonstrators waved signs outside the Statehouse in New Hampshire, which has had nearly 1,300 cases and more than three dozen deaths.

In Asia, Singapore on Saturday reported a one-day spike of 942 infections, the highest in Southeast Asia, mostly among foreign workers staying in crowded dormitories. That brought the total to almost 6,000 in the island nation of 6 million people.

South Korea's Centers for Disease Control and Prevention said 8,042 patients have recovered and been released from quarantine. Another 12,243 were being tested.

In Europe, there are tentative signs anti-disease curbs are working. France and Spain started dismantling some field hospitals. The number of active cases in Germany has declined over the past week as people recover.

Despite that, France's health agency urged the public to stick to confinement measures that have been extended until at least May 11: Don't relax our efforts at the moment when confinement is bearing fruit.

Spanish Prime Minister Pedro Sánchez said his government wants to extend a state of emergency to May 9 but begin easing the total confinement of children beginning April 27.

Sanchez said the national lockdown will be rolled back only when Spain's embattled health system is ready for a possible rebound in infections.