Business   Economy  19 May 2017  Foodgrains, common-use products to get cheaper under GST
Business, Economy

Foodgrains, common-use products to get cheaper under GST

Milk and curd will continue to be exempt from taxation when GST replaced current indirect taxes. 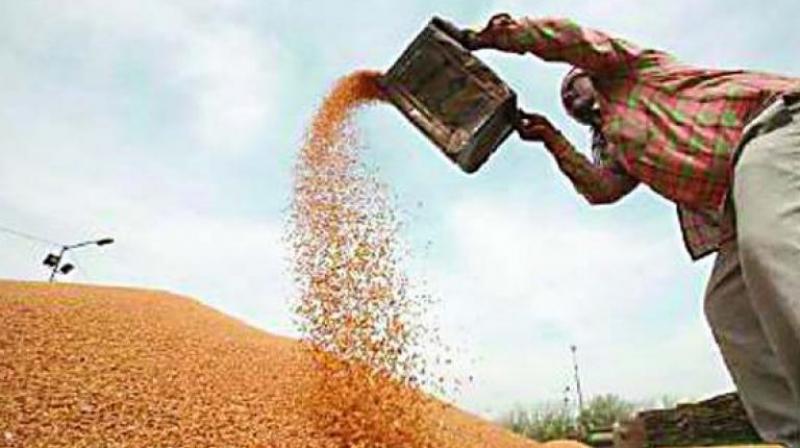 Foodgrains will get cheaper under GST.

New Delhi: The Goods and service Tax (GST) council will decide the rate of Service Tax today. Union Finance Minister Arun Jaitley at the first day of the two-day meeting in Srinagar of the GST Council Council said that today they will decide on the rate of tax for services.

"The rates for bidis along with gold, footwear, bidi, biscuits, agriculture equipments and packaged food items would also be decided today. Two set of rules on transition provision and returns have been referred to legal committee," Jaitley said.

After a fixed rate is decided and implemented from July 1, foodgrains and common-use products like hair oil, soaps, toothpaste and also the electricity will cost less.

The GST rates for all 1,211 items but six were finalised, yesterday. GST Council decided to exempt the daily-use commodities from the levy. Prices of foodgrains, especially wheat and rice, will come down as they will be exempted from the GST.

Milk and curd will continue to be exempt from taxation when the GST replaced current indirect taxes. 'Mithai' or sweets will attract 5 per cent levy.

The Common use products like hair oil, soaps and toothpaste will be charged with a single national sales tax or GST of 18 per cent instead of present 22-24 per cent tax incidence through a combination of central and state government levies.

The Council fitted all but six items in 5, 12, 18 or 28 per cent tax brackets. Seven percent of the items fall under the exempt list while 14 per cent have been put in the lowest tax bracket of 5 per cent.

17 percent items are in 12 per cent tax bracket, 43 percent in 18 percent tax slab and only 19 percent of goods fall in the top tax bracket of 28 percent. Cars, ACs, refrigerators and Aerated drinks will be in 28 percent bracket.