Free trade pacts are not about only giving market access, but also getting that access in other countries. 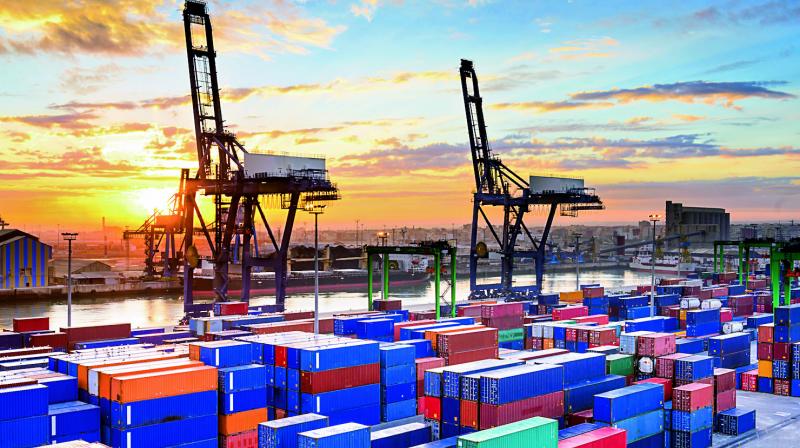 Deficit with Australia, China, Indonesia, Korea, New Zealand and Thailand has narrowed in 2018-19 as compared to the preceding fiscal.

New Delhi: India has registered trade deficit in 2018-19 with as many as 11 RCEP member countries - including China, South Korea and Australia - out of the grouping of 16 nations that are negotiating a mega trade pact since November 2012.

According to the provisional trade data, India's trade deficit - the difference between imports and exports - with three countries (Brunei, Japan, and Malaysia) has in fact increased marginally in 2018-19 as compared to the previous fiscal.

However, deficit with Australia, China, Indonesia, Korea, New Zealand and Thailand has narrowed in 2018-19 as compared to the preceding fiscal.

India did not carry out any trade with Laos in the previous fiscal.

Experts have mixed views over the impact of increasing trade gap on India's position in negotiating mega free trade agreement.

An industry expert on these negotiations said as this is a comprehensive trade deal, India will get greater market access in other countries not only in goods, but in services also.

On the other hand, some experts said that India needs to be cautious while negotiating the pact, as trade deficit is increasing with several of the RCEP member nations, which would impact domestic manufacturers.

"Free trade pacts are not about only giving market access, but also getting that access in other countries. Our exports to countries like Singapore, with which India has trade surplus, is not increasing. In 2018-19, we have a trade deficit with Singapore," said Biswajit Dhar, the professor of economics at Jawaharlal Nehru University.

He said that as the strength of the domestic manufacturing is weak, India would not be able to take advantage of such free trade agreements.

An official said that India does not have free trade agreement with two of its biggest trading partners - the US and China - but the country has highest positive balance of trade with America, while it has highest deficit with China.

Pressure is also mounting on India for early conclusion of the proposed trade pact.

Member countries are looking to conclude the talks by end of this year but many issues, including the number of products over which duties will be eliminated, are yet to be finalised. Domestic steel and other metal industries wants these sectors to be kept out of the deal.

Under services, India wants greater market access for its professionals in the proposed agreement.

India already has a free trade pact with Association of South East Asian Nations (ASEAN), Japan and South Korea. It is also negotiating a similar agreement with Australia and New Zealand but has no such plans for China.