Cement sector to see 5-6 pc CAGR for next 3 fiscals: Crisil 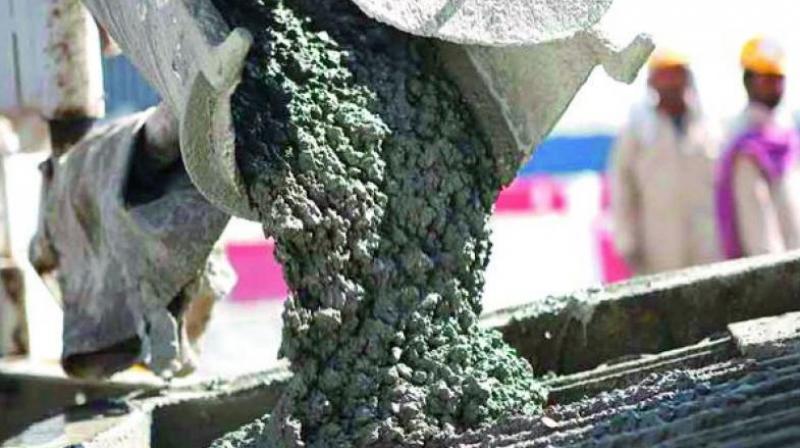 New Delhi: The cement sector will witness 5 to 6 per cent CAGR over the next three fiscals on account of recovery in demand, rating agency Crisil said. Primarily, the demand would be driven by government's focus on affordable housing and increased spending on infrastructure like roads, railways and urban development, it added.

According to Crisil, the demand of cement will double to 48 million tonnes (MT) over the next three fiscals as compared to the past three financial years. It, however, said supply would be down to 31 MT from 39 MT.

"We foresee a sharp recovery in demand this fiscal after demonetisation dealt a major blow leading to a 1.2 per cent de-growth last fiscal," said Crisil Ratings Senior Director Sachin Gupta.

He further added: "The industry should be able to rack up 5-6 per cent compound annual growth rate between this fiscal and 2020, or nearly twice as fast as between fiscals 2015 and 2017."

According to the rating agency, the surge in demand would also improve the operating metrics of cement makers. The cement segment, which is witnessing consolidation - last fiscal, had signed acquisitions of Rs 32,000 crore last fiscal. It was financed through debt of Rs 25,000 crore.

"The acquisitions totalled 42 MT of capacity, tantamount to the capacity addition seen in the past 2.5 years," said Crisil, adding that once these transactions are completed, acquirers will increase their installed capacity significantly to 37 per cent from 28 per.

However, it also warned: "Their share of industry debt will increase from 17 per cent now to 45 per cent."