GST on restaurants in regular hotels will be at par with other air-conditioned restaurants. 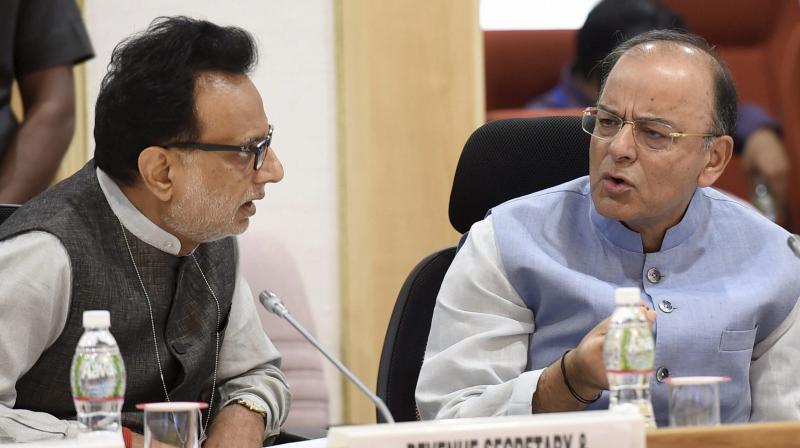 New Delhi: The Goods and Service Tax (GST) Council on Sunday decided to tax state-run lotteries and state authorised lotteries at 12 and 18 percent respectively, and to tax 28 percent in hotels starting from Rs 7,500 and 18 percent below Rs. 7,500.

Union Finance Minister Arun Jaitley said the GST on restaurants in these hotels will be at par with other air-conditioned restaurants.

Jaitley said the GST Council has cleared anti-profiteering and e-way bill rules. He said the Council will hold further consultation on e-way bills and till then alternate rule will operate which will authorise the existing system of the states to continue till a consolidated rule with consensuses is framed.

"It was decided that there will be further deliberation which will continue on the e-way bill rules and after consultation, once consensus is reached and formulate one opinion, we will frame the rule," he said.

The Council also decided that for the first two months, tax will be payable based on a simple return (form GSTR-3B) containing summary of outward supplies which will be submitted before 20th of the succeeding month. However the invoice wise details in regular GSTR-1 would have to be filed for the month of July and August 2017.

"No late fees and penalty would be levied for the interim period, this is intended to provide a sense of comfort to the taxpayers and give them an ethos room to attune themselves with the requirements of the changed system," a release said.

"This not only underlines the government's commitment towards ensuring that all the stakeholders are on board but also provides an opportunity to the taxpayers to be ready for this historic reform," it added.