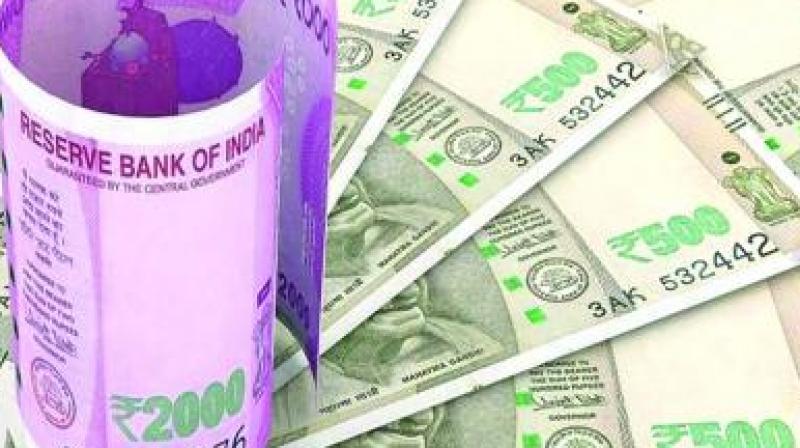 At the interbank foreign exchange, the rupee opened at 80 against the American dollar, then lost ground to quote at 80.05, registering a fall of 7 paise from the last close. (PTI)

Mumbai: The rupee depreciated 7 paise to an all-time low of 80.05 against the US dollar in early trade on Tuesday tracking the strength of the American currency and firm crude oil prices.

At the interbank foreign exchange, the rupee opened at 80 against the American dollar, then lost ground to quote at 80.05, registering a fall of 7 paise from the last close.

In initial trade, the local unit also touched 79.90 against the American currency.

On Monday, the rupee for the first time declined to the low level of 80 against the US dollar in intra-day spot trading before ending the session 16 paise lower at 79.98 amid a surge in crude oil prices and unrelenting foreign fund outflows.

The rupee opened on a weaker note on Tuesday morning weighed down by outflows and high oil prices, Sriram Iyer, Senior Research Analyst at Reliance Securities said, adding that lack of intervention from the Reserve Bank of India (RBI) could also weigh on sentiments.

Meanwhile, the dollar index, which gauges the greenback's strength against a basket of six currencies, was trading 0.12 per cent higher at 107.49.

Foreign institutional investors were net buyers in the capital market on Monday as they purchased shares worth Rs 156.08 crore, as per stock exchange data.