Business   Economy  20 May 2017  Exporters to get tax refund under GST within 7 days
Business, Economy

Exporters to get tax refund under GST within 7 days 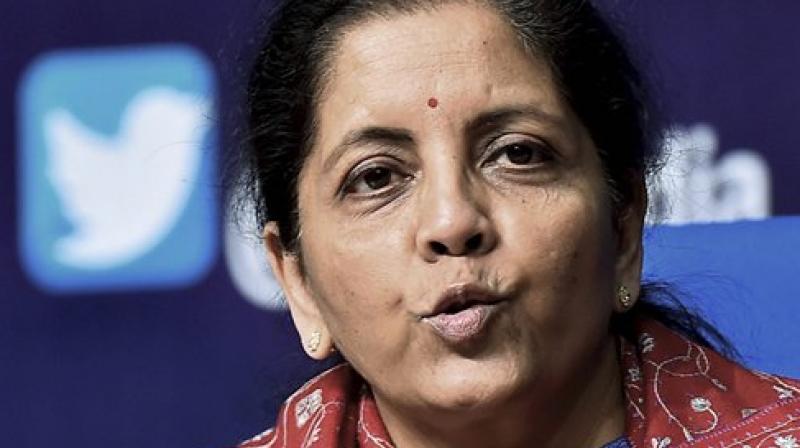 New Delhi: Commerce Minister Nirmala Sitharaman today assured exporters that they would get their refund tax claims within seven days under the new goods and services tax (GST) regime. She also said that the GST Council has been fairly seized of the tax refund issue under the new indirect tax regime, to be rolled out from July 1.

"On the refund, we are very very clear that 90 per cent of the advanced payed money (by exporters in the GST regime) will be refunded within 6 to 10 days, post which an interest of about 6 per cent will be given for any delay by the government to exporters," she told reporters here.

She said this while speaking about the initiatives and achievements of the ministry in the last three years. However, Sitharaman added that the ministry has asked the GST Council to consider to formulate an alternative mechanism for small and medium exporters on the issue pf payment of taxes.

"Our request with the council was that for SMEs. If we can think of giving an alternate to them rather than asking them to pay first and then get refund. We are yet to hear from them (Council)," she said.

Exporters have been demanding ab-initio exemption from payment of taxes under the GST regime arguing that delay in refunds often takes months. Further, she said GST will help in improving exports as inputs are going to cost lesser for manufacturing exporters, as it would result in improving the product competitiveness in the global markets.

When asked about exporters' concern on rupee fluctuations, she said traders are fairly seized of this as "it is not a sudden fluctuation. Currency fluctuation has become a new normal".

On job creation, the minister informed that any proposal which goes to the Union Cabinet, "its (proposal's) implication on jobs, is something which the Prime Minister is very keen and we all are providing expected impact on direct and indirect employment of every such proposals which goes to the Cabinet". India's exports grew by about 5 per cent to USD 276 billion in 2016-17.