Indirect tax now on fast track to becomng a reality from July 1 as Council has finalised all tax rates. 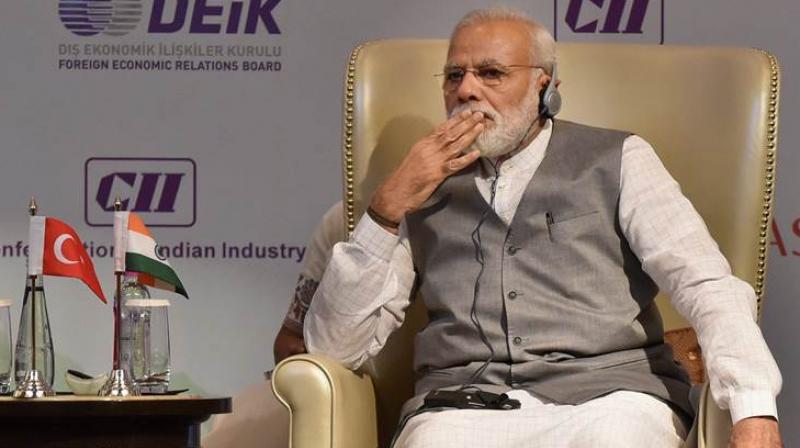 Mumbai: Prime Minister Narendra Modi's overhaul of India's entire taxation system will transform Asia's third largest economy after China and Japan with biggest tax reform since Independence in 1947 -- the Goods and Services Tax -- on fast track to becoming a reality from July1, according to a report in The Financial Express.

On May 19, the GST Council -- nodal agency for all GST related issues -- headed by Finance Minister Arun Jaitley fixed tax rates for different goods under the five-tier tax regime in the range of 0-28 per cent. The Council decided tax rates for as many as 1,211 goods.

A day after on May 20, the Council took up seven services and approved rates for them too under a four-tier tax slab in the range of 5-28 per cent. The GST is set to make daily household goods cheaper and make some 'luxuries' costlier.

"India is almost ready to implement a tax code that unifies more than a dozen separate levies, effectively creating a single market with a population greater than the U.S., Europe, Brazil, Mexico and Japan combined," the FE report said.

Apart from that, the new indirect tax regime or pan-India sales tax will make country's environment friendly for foreign companies who would be lured to set up manufacturing units in India. The GST will also give the much needed push to the government's 'ease of doing business' initiative by simplifying the taxation procedure.