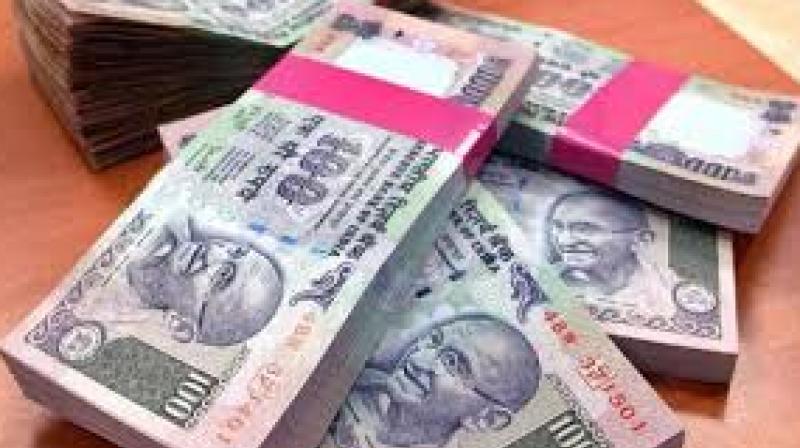 The exemption limit on TDS on interest on term deposits with banks may be raised from the present limit of Rs 10,000 per annum. (Photo: PTI/Representational)

The move will benefit around 75 lakh people, it said.

The SBI's Ecowrap report further said that if the exemption limit of interest payments under housing loan is increased to Rs 2.5 lakhs for existing home loan buyers, from Rs 2 lakhs now, it will benefit 75 lakh home loan buyers and cost the government just about Rs 7,500 crore.

Finance Minister Arun Jaitley is set to present the fifth and final full budget of the current government on February 1.

"Due to 7th pay commission, the personal disposable income has been increased, so we believe there is a need to raise the exemption limit to Rs 3 lakh. Due to such increase in limit, around 75 lakh tax payers will be exempted from income tax," said the report -- 'Union Budget: If wishes were horses!'.

It has also pitched for incentivising savings through bank deposits.

In an effort to incentivise savings, it said, the government can exempt interest of savings bank deposits.

The exemption limit on TDS on interest on term deposits with banks may be raised from the present limit of Rs 10,000 per annum, it said.

Also, the lock-in period for tax savings term deposits needs to be reduced to 3 years from the present 5 years and these deposits should be brought under EEE (exempt, exempt, exempt) tax regime.

The SBI report said that SBI's expectations regarding the forthcoming budget are based upon principle of inclusive growth and meeting the medium and long term objectives set by the government.

"As per our reading of the things, budget should give priority to agriculture, MSME, infrastructure and affordable housing," it said.

Agriculture reforms should aim at re-examination of legally created structures whose provisions are restrictive and create barriers to free trade, it said.

Centre in conjunction with states should emulate the price support schemes like in Madhya Pradesh and Haryana say 'Bhavantar Krishi Yojana' for major crops (including vegetables).

"This scheme will help farmers in situations (when wholesale price of the crop is less than the MSP) and the cost of which is only 10 per cent of farm loan waiver programme as per our estimates. Provision of A2 milk in Mid-day meals for children will create adequate additional income for 16 million farmer per year," the report said.

Regarding investment revival, the report said capital subsidy in case of delayed projects equal to cost overrun may be provided. Cost overrun may be funded at concessional interest rate by the government in such cases.

Also, there is a "dire need" to publish monthly payroll report in India for formal sector as job creation is "grossly underreported".

Other measures like providing support infrastructure and skilling and certifying workers need to be adopted, it added.