All states combined will grow at a CAGR of 16.6 per cent in FY18 over FY16 under the new GST regime. 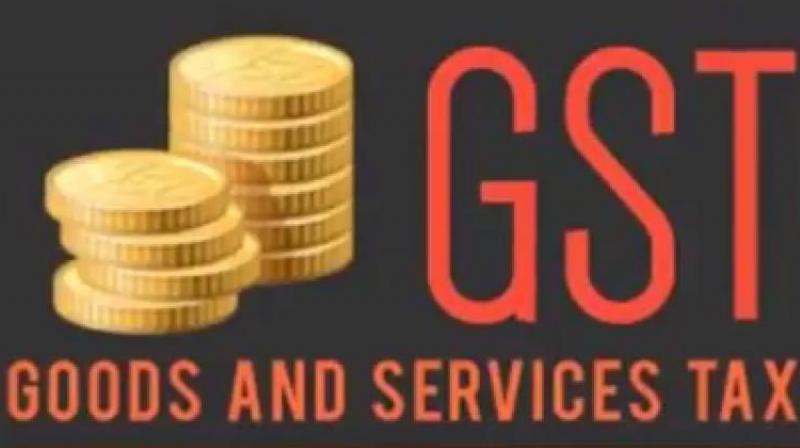 GST component of the states' own tax revenue for all the states to drop to 15.5 per cent in FY18

Mumbai: Even though as a whole states' revenue may clip past at a CAGR of 16.6 per cent in FY18 over FY16 under the GST, 11 of them may need an additional Rs 9,500 crore compensation from the Centre this year, says a report.

"All states combined will grow at a CAGR of 16.6 per cent in FY18 over FY16 under the new goods and services tax regime, but since the picture at the individual state level differs, 11 states will need a Rs 9,500 crore Central support this financial year," India Ratings said in a note on Tuesday.

While large states like Andhra, Chhattisgarh, Gujarat, Himachal, MP, Odisha, Punjab and Tamil Nadu would need compensation from the Centre for any revenue loss under baseline scenario worth Rs 5,600 crore in FY18 smaller states like Goa, Jammu & Kashmir and Jharkhand would need Rs 3,900 crore compensation, the agency said.

This is needed as it expects the GST component of the states' own tax revenue for all the states to drop to 15.5 per cent in FY18 with a base line scenario 16.6 per cent as input tax credit is available on both goods and services under GST.

"The total compensation amount, therefore, would increase to Rs 9,500 crore in FY18 (baseline scenario Rs 5,600 crore). This is based on the assumption that in the final production of goods and services, service tax accounts for 10 per cent," it said.

It noted that unlike the value added tax (VAT), which was rolled out from April 2005 to January 2008, implementation of GST will also bring in more efficiency gains in tax mop up.

"If we combine the 5 per cent efficiency gain with 10 per cent input tax credit on services tax, then only five states namely Chhattisgarh, Gujarat, Odisha, Punjab and Tamil Nadu would need compensation from the Centre and total compensation amount would drop to Rs 3,700 crore in FY18," the agency said, adding it expects

GST to have a positive impact on states' finances in the medium to long term. The nine state-level taxes included in GST are state VAT, central sales tax, purchase tax, luxury tax, entry tax (all forms), entertainment tax (except those levied by local bodies), taxes on advertisements, taxes on lotteries, betting and gambling and state cesses and surcharges in so far as they relate to the supply of goods or services.

However, taxes on income, property and capital transactions, petroleum products, state excise and electricity duty are not part of the GST and the states can continue to levy and collect these in the same manner as earlier.

At an aggregate level, state taxes that are subsumed in GST account for 55 per cent of states' own tax revenue and grew at 14 per cent during FY12-FY17.

"This is exactly the rate at which if state taxes that are subsumed in GST grow in FY18 over FY16, then centre will not be required to compensate states for any revenue loss. However, there are wide variations across states, with subsumed GST taxes growing at just 8.47 per cent for Punjab in FY12-FY17 but 39.70 per cent for Telangana," it noted.

To be able to absorb the positive impact of GST on state finances, the report believes states will have to keep a constant vigil on the buoyancy of taxes that are outside the purview of GST as also their own non-tax revenues.