Business   Economy  23 Sep 2017  Demonetisation was not needed at all: Manmohan Singh
Business, Economy

Demonetisation was not needed at all: Manmohan Singh

Singh adds demonetisation was not successful in any civilised country, except some Latin American nation. 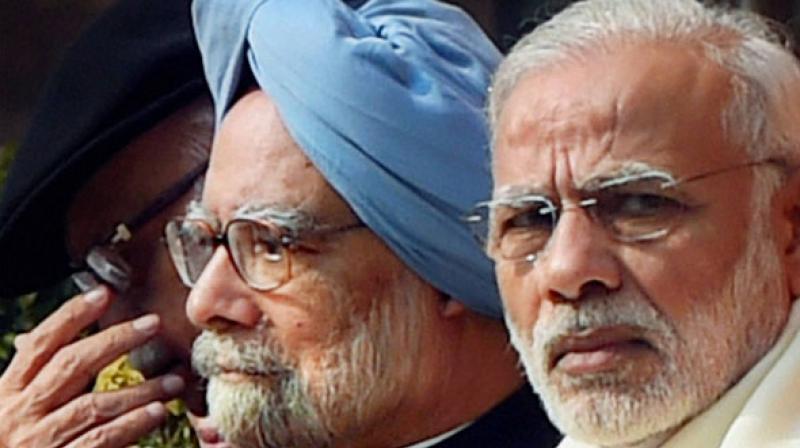 Mohali: Former Prime Minister Manmohan Singh on Friday said the economy is on a "downhill path" because of the "adventure" of demonetisation undertaken last year which was not required at all, either technically or economically.

Singh, a renowned economist considered to be the architect of the reforms of early 1990s, said demonetisation has not been successful in any civilised country, except some of the Latin American nation.

"I don't think demonetization was at all required... I don't think it was technically, economically necessary to launch this adventure," he said at the Indian School of Business (ISB) Leadership Summit here when asked if the note ban decision was the right one.

He said the process involved withdrawing almost 86 per cent of the currency from circulation and "there was bound to be fallout which we are all seeing."

Singh made a speech before answering a few questions at the event.

"The economy has slowed down as I had projected a few months ago as a result of demonetization and also the fact that demonetisation has been accompanied by the GST, which is a good thing that we have done in the long term. But in the short term, there are glitches that need to be resolved.

Therefore, the economy has experienced a downhill path," he said.

He said the GDP growth was much higher in the last quarter of 2016-17 than the first quarter of this financial year.

There are certain things that need to be done immediately, Singh said.

"When we were in office, investment rate in the economy was 35-37 per cent but now it is less than 30 per cent.

Private investment in particular is not growing," he said.

He added that India needs much more investment in public sector "but we cannot rely exclusively on public sector realise our development initiatives. We must also simultaneously work on a foreign exchange situation."

Singh, who had served as the country's finance minister over two decades back, said growth cannot take place at a high rate if banking system is not performing its task of providing money to entrepreneurs and to others who need to invest in our economy.

Responding to a question on healthcare, he said it is one area where the country is not spending enough and not giving the required emphasis on preventive healthcare.

Although private sector has a role to play, the public health problems require strong leadership and this is one area where markets are important but not the final solution, he said.

Asked what he felt would be the role of the government in forseable future and its interactions with the private sector, Singh said, "government in our country cannot be wished away.."

He said public sector spending is only 30 per cent of the GDP, which is not too big compared to many other nations.

Infrastructure, public healthcare, agriculture are the areas where the government will remain important, he said.

Responding to a question on globalisation, Singh said it is here to stay.

Despite what US President Donald Trump said in his election campaign, the American public opinion will prevail, he said.

"Also, I feel in Europe too there is today recognition of multilateral trading system. China today has become a great champion of globalization," he said.

Asked if the US president was being protectionist, the former prime minister said, "I am quite confident the US president's current thinking will not last more than a year or so.