FCI procured 381 LT in 2016-17 marketing season which is October-September period. 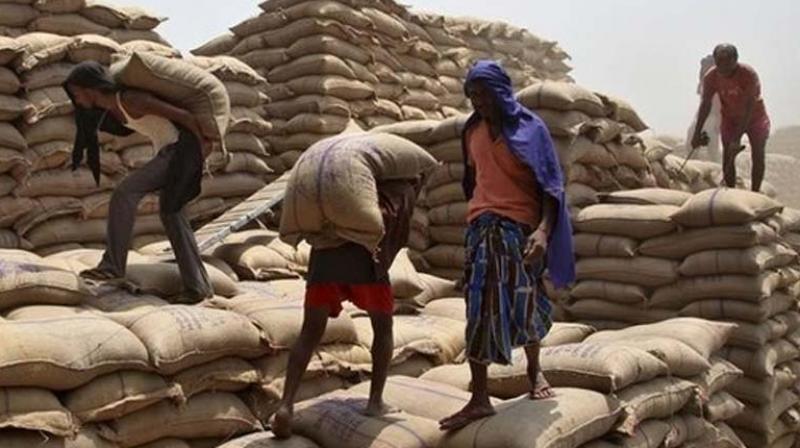 New Delhi: The government's rice procurement rose marginally to 69.89 lakh tonnes (LT) so far in the 2017-18 marketing year that started this month, compared to 69.31 LT in the year-ago, a senior Food Ministry official said.

Food Corporation of India (FCI), the nodal agency for procurement and distribution, had procured 381 LT in the 2016-17 marketing season (October-September). For the current year, the government has fixed a higher rice procurement target at 375 LT on hopes of good production.

"The arrival of paddy is picking up in mandis. Till last week, about 111 LT of paddy had arrived in Haryana, Punjab and Uttar Pradesh," the official told PTI.
FCI and state agencies, which normally buy in rice format, have procured 41.33 LT of the grain in Punjab and 28.56 LT in Haryana so far.

The procurement in Uttar Pradesh and Uttarakhand has just begun and will pick up pace in the coming days, the official said adding that a little over 22,000 tonnes have been procured from Uttar Pradesh so far.