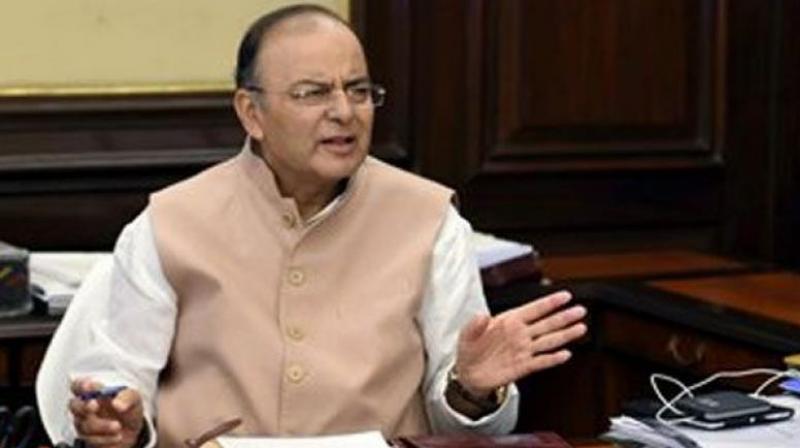 Finance Minister Arun Jaitley is the Chairman of the GST Council. (Photo: PTI)

New Delhi: With several states suggesting changes in the model GST law and compensation formula, the GST Council meeting scheduled for November 25 has been postponed to December 2-3.

The officers' committee of both the Centre and states, however, will meet on November 25 to finalise the three draft legislations -- CGST, IGST and compensation law. These will be placed in public domain for stakeholders' comments.

The Centre proposes to introduce these legislations as money bills to ensure they are not stuck in the Rajya Sabha where the ruling NDA does not have a majority. Sources said that since the legal changes in the draft laws would take some time, it was decided to postpone the November 25 meeting of the all-powerful GST Council.

"The states have suggested certain changes relating to returns procedures in model GST law. Also, they have asked for changes in wordings in compensation law. We will finalise the three draft laws at the November 25 meeting," a source said.

The source, however, added that Centre is on track to introduce the legislations in the ongoing winter session of Parliament, which ends on December 16. The officers committee would not discuss the issue of cross empowerment to avoid dual control as it would be decided at the ministerial level.

Centre had on November 16 circulated the draft legislation among the states. The officers committee in their meeting on November 21-22 discussed the issue, with states giving their views. The Central GST (CGST) will be framed based on the model GST law. The IGST law would deal with inter-state movement of goods and services.

Also, the states will draft their own State GST (SGST) based on the draft model law with minor variations incorporating state-based exemption. These laws deal with returns, registration and refund process as well as where GST will be levied. The compensation law will list out how states will be compensated in the initial five years for revenue loss on account of GST rollout.

The Centre plans to create a Rs 50,000 crore fund for GST compensation by levying cess on demerit and luxury goods. At its last meeting, the GST Council agreed on a four-slab structure 5, 12, 18 and 28 per cent along with a cess on luxury and 'sin' goods such as tobacco.