Business   Economy  24 Jun 2017  GST and RERA to cause 80 per cent fall in real-estate projects
Business, Economy

Real-estate developers believe GST and RERA will increase the prices in the state by five to six per cent. 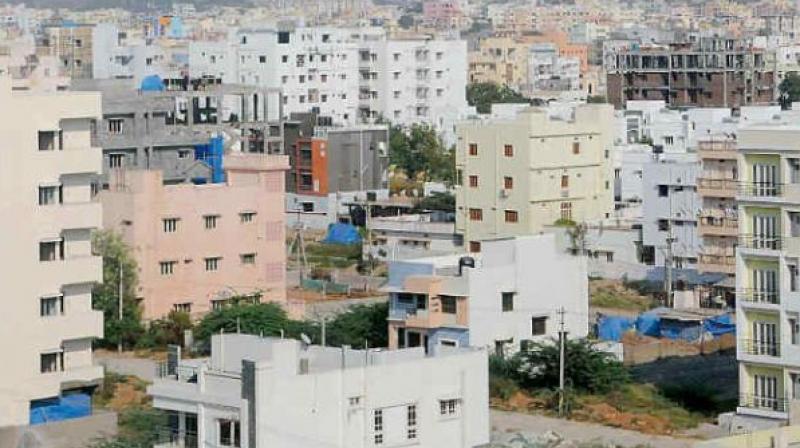 Mumbai: Real-estate developers in Gujarat have estimated nearly 80 per cent fall in new real-estate project launches, a price hike of about 5 per cent and a crunch in commercial and residential properties.

Real-estate developers have prepared this estimate while preparing for a property show, due to be staged on June 24 and 25. The 12th edition of the annual property show is the first one after demonetisation and will be inaugurated by Chief Minister Vijay Rupani and Urban Development Minister Venkaiah Naidu.

“We will have about 200 ongoing projects,” said Ashish Patel, president of GIHED (Gujarat Institute of Housing and Estate Developers), the city counterpart of the pan-India body CREDAI (Confederation of Real Estate Developers Association of India), told the Indian Express.

About 70 per cent of these ongoing projects are already sold when they are being showcased. This leaves around one-third of the projects unsold in the inventory, said Dhruv Patel, GIHED’s honorary secretary.

According to Ashish, property shows are usually held around Navratri, but this year they have decided to organise it early as the provisions of the RERA or the the Real Estate (Regulation and Development) Act will prohibit developers to market housing projects without registering them with a local regulator.

In Gujarat, though the RERA authority is yet to start registering the projects. “Two months have almost passed since RERA took effect. The government infrastructure is still not in place. We do not even have a website. There are an estimated 75,000 ongoing projects in Gujarat and all of them have to get registered within the next month,” said Shekhar Patel, a real-estate developer and a former president of GIHED.

Real-estate developers believe GST and RERA will increase the prices in the state by five to six per cent. “In ongoing projects, where only 10-20 per cent of the work has been completed, developers will get input credit, which will be passed on the customers. However, the projects that are nearing completion, the input credit will be lower,” said Shekhar.

Shekhar said the RERA regulations will also lead to a shortage of new projects. “Compared to last year, there will be an 80 per cent decline in launch of new projects. This is largely, because it takes 9-12 months for a developer to get all the necessary approvals and permissions for starting a real-estate project in Gujarat.”

Ahmedabad has 40,000 completed housing units every year. However, there will be a decline in the number of residential units this year due to fewer new launches this year. In 2016, GIHED had cancelled the property show citing a lack of sales.