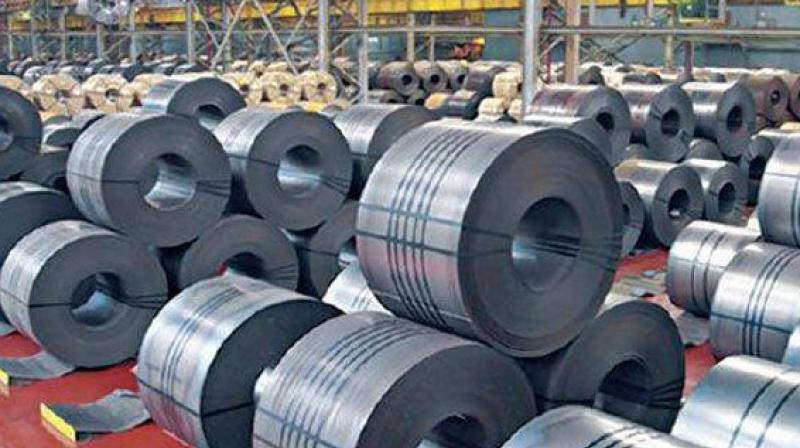 Government's move to address problem of NPAs will help resume lending to the crippled steel sector, said a report by SBI Research.

Mumbai: The government move to address the non-performing assets (NPAs) pain in the steel sector is expected to clear a major roadblock for the banking sector to resume lending to the crippled segment, said a report on Thursday.

"The top five large steel entities under stress have an aggregate debt of Rs 1,48,290 crore. The ministries of finance, steel and the PMO coming together to solve the NPA problem is expected clear the major roadblock for banks to lend to the sector," said the report by SBI Research.

The capital-intensive steel industry is considered to be the largest contributor to the overall NPAs, which is over 9.6 per cent of the system. The top five troubled steel companies -- Essar Steel, Bhushan Steel, Monnet Ispat, Electrosteel Steel and JSPL -- are seen to have the maximum NPA problems, the report said.

The key factors that led to stress in the steel sector have largely been ambitious overseas acquisitions, capacity expansions and the subsequent fall in exports due to protection measures initiated by various countries primarily resulting in capacity overhang.

Since the sector is employment intensive, the socioeconomic impact is wide and hence led to protectionist measures, it said.

The steel sector has its own share of problems with companies not funding their portion of equity to ramp up the net worth. This has led to the sector getting a bad name for few constituents not adhering to their commitments, the report said.

The sector is also a net forex spender and needs to focus on import substitution products. However, some of the integrated steel sector may  undergo consolidation and revive hopes when demand for steel inches up, SBI Research said.

All large integrated steel entities have not fared bad in FY2017.

Even in current fiscal (FY2018), the topline and mid-line numbers for some integrated players are likely to pose better numbers, the report said. The domestic steel industry is now more dependent on government policy based on anti-dumping duties and rationalisation of import duties.

In February 2017, the government indicated its preference on use of local steel for its orders.

The government spending in affordable housing, roads and defence are some of the key growth areas that may be targeted in the future. This is also likely to improve capacity utilisation, the report said.

Commenting on the outlook, the report said unless domestic demand moves up especially in value added steel, reflecting improvement in capacity utilisation and operating margins reasonably enough to service debt.

Integrated steel still remains competitive and some time it may be required to examine its cash flow to decide its way forward. One aspect is clear that no acquisitions are warranted in the current situation. Utilising capacities and optimal product mix remain the key assessing factors as of now, the report added.