The move is expected to generate an additional lending and liquidity in the financial system to the tune of Rs 5 lakh crore. 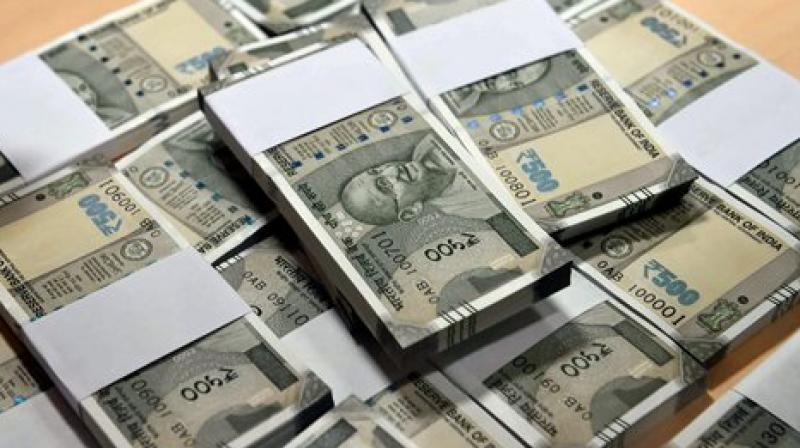 The Finance Minister further said that banks have decided to pass on RBI rate cut benefits to borrowers through Marginal Cost of Funds Based Lending Rate (MCLR) reduction.

Mumbai: The government took a heads-on approach to address the slump in the economy, deciding to infuse Rs 70,000 crore budgeted for the recapitalisation of public sector banks in the current financial year, on an immediate basis. The move is expected to generate an additional lending and liquidity in the financial system to the tune of Rs 5 lakh crore, Finance Minister Nirmala Sitharaman said in New Delhi.

The Finance Minister further said that banks have decided to pass on RBI rate cut benefits to borrowers through Marginal Cost of Funds Based Lending Rate (MCLR) reduction.

Speaking at the press conference, Sitharaman said that banks would soon make home and car EMIs cheaper. She said that while the Reserve Bank of India (RBI) had been cutting down the repo rate (the rate at which the central bank lends money to banks) in the last four policies but banks were not passing on the rate cut to the borrowers.

“The banks have now agreed to grant this benefit,” Sitharaman said.

Sitharaman said that banks will launch repo rate and external benchmark-linked loan products that will lead to reduced easy monthly installments for housing, vehicle and other retail loans. "Working capital loans for the industry will also become cheaper," the minister said. Housing finance companies will now get an additional Rs 20,000 crore from the National Housing Bank. This will increase the total liquidity support to Rs 30,000 crore.”

Sitharaman also announced a Partial Credit Guarantee Scheme for the purchase of pooled assets of NBFCs and HFCs up to Rs one lakh crore, which will be monitored at the highest level in each bank.

“According to Q1FY20 earnings, banks were well placed in terms of capital ratios, however with the seasonal pick up in credit demand in the second half of the financial year, the front loading of the capital would ensure that banks are not constrained on capital to support the incremental credit demand as and when it comes,” Anil Gupta, Vice President and Sector Head, Financial Sector Ratings at Icra said.

Sitharaman said that to reduce harassment and bring in greater efficiency, public sector banks will ensure mandated return of loan documents within 15 days of loan closure.

Ravindra Sudhalkar, ED & CEO, Reliance Home Finance, said, “Announce-ments from the Finance Minister to revive the economy is a welcome move, especially provisions where Rs 70,000 crore will be immediately be relea-sed, and an additional liquidity of Rs 5 lakh crore being made available to the banking sector will definitely help in reviving the real estate sector.”