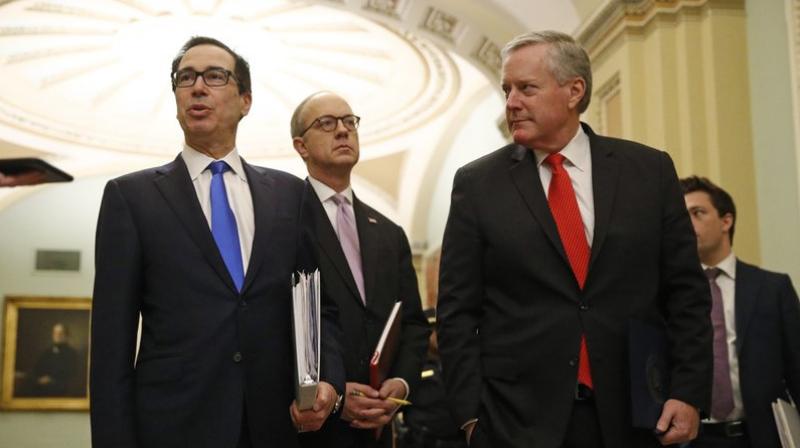 WASHINGTON: The White House and Senate leaders of both parties have struck an agreement on a sweeping $2 trillion measure to aid workers, businesses and a health care system strained by the rapidly spreading coronavirus outbreak.

The agreement came after days of often intense haggling and mounting pressure and still needs to be finalized in detailed legislative language.

“Ladies and gentlemen, we are done. We have a deal,” Ueland said.

The unprecedented economic rescue package would give direct payments to most Americans, expand unemployment benefits and provide a $367 billion program for small businesses to keep making payroll while workers are forced to stay home.

One of the last issues to close concerned $500 billion for guaranteed, subsidized loans to larger industries, including a fight over how generous to be with the airlines. Hospitals would get significant help as well.

After days of pressure, unusual partisanship in a crisis, and intense haggling over the fine print, negotiators were almost done with a $2 trillion bill to respond to what Senate Majority Leader Mitch McConnell called “the most serous threat to Americans’ health in over a century and quite likely the greatest risk to America’s jobs and prosperity that we’ve seen since the Great Depression.”