Lavasa Committee has proposed a House Rent Allowance of up to 30 per cent of basic salary. 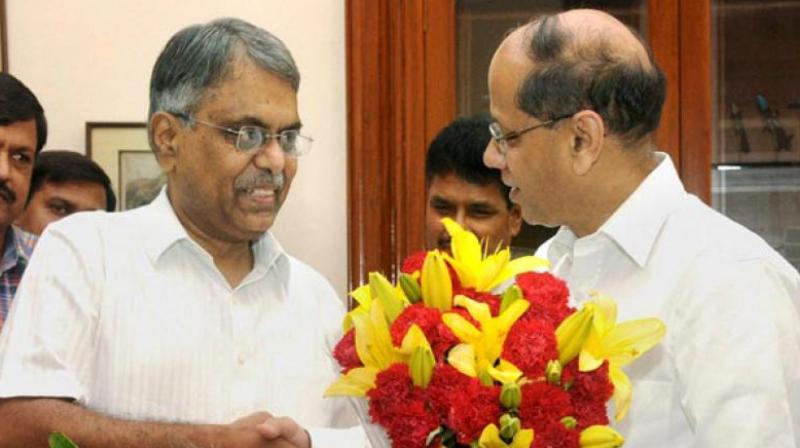 Mumbai: Union Cabinet Secretary Pradeep Kumar Sinha has assured that he will make it sure a final decision on report submitted by committee led by Finance Secretary Ashok Lavasa is taken by June 1, according to a report by news portal oneindia.com.

Sinha has expressed that once he decides on recommendations made by Lavasa panel over allowances for central government employees, final draft would be then sent to the Union Cabinet for getting a clearance.

The Cabinet Secretary has said that soon he will send a memo to the Union Cabinet for consideration of proposals made by Allowance Committee of Empowered Committee of Secretaries after thoroughly studying them on June 1.

Central government employees who were dismayed by low allowances proposed by 7th Pay Commission are now awaiting for some good news as the Lavasa Committee has incorporated certain demands made by them in its report.

"Over 50 lakh employees have complained about the delay in the report being submitted," the oneindia report said. it also adds that National Council (Staff Side) Joint Consultative Machinery took a representation to the Cabinet Secretary along with list of their demands.

NJCA secretary Gopal Mishra told the news portal, "Today I met the Cabinet Secretary and handed him over a copy of our letter regarding inordinate delay in implementation of the report of the Ashok Lavasa Committee on Allowances."