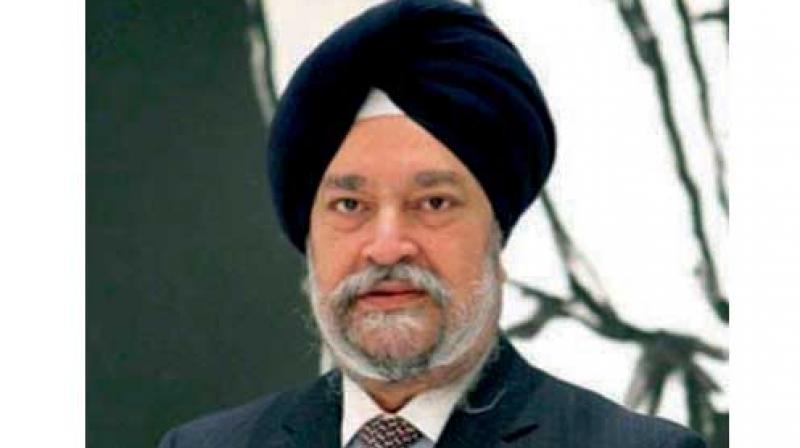 Out of the six, three have been awarded to Adani group and issues related to two others have been resolved, civil aviation minister Hardeep Singh Puri said during the Question Hour. (Photo: File | ANI)

On Thursday, the civil aviation minister told Lok Sabha that the government had taken a decision to privatise six airports, including at Lucknow and Ahmedabad. Out of the six, three have been awarded to Adani group and issues related to two others have been resolved, he said during the Question Hour.

In 2018, the government decided to lease out airports at Ahmedabad, Jaipur, Lucknow, Guwahati, Mangaluru and Thiruvanathapuram. Earlier this month, the Cabinet approved leasing out Ahmedabad, Lucknow and Mangaluru airports to Adani group.

All the six airports were won through bidding by Adani group. Currently, the number of air passengers on an annual basis is around 345 million and growth indicates that it would reach 1 billion, Puri said.

To a supplementary query from TMC member Saugata Roy seeking assurance that Kolkata airport would not be privatised, Puri said things are looked at on the basis of merit. "Giving private assurance to members... that is not my job," the minister said.

Meanwhile, the Airports Authority of India (AAI) has entered into an agreement with the United States Trade and Development Agency (USTDA) in June. The pact is for developing a "comprehensive Communications, Navigation and Surveillance/ Air Traffic Management (CNS/ ATM) road map for next 10 years," Puri said.

Under financial grant from the USTDA, Boeing would carry out the study. "The study will be carried out by Boeing, USA in consultation with all stakeholders such as airlines, airport operations, Directorate General of Civil Aviation (DGCA) and AAI," the minister said.