Rupee expected to depreciate by December 2017

According to Edelweiss, rupee will depreciate to 68-69 range by December 2017 . 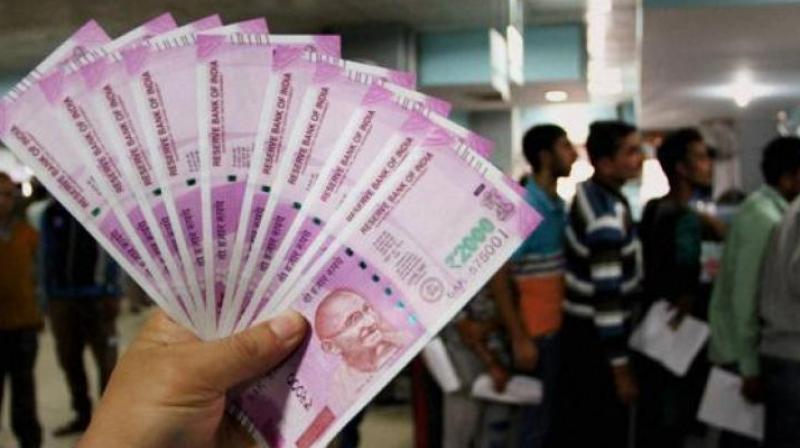 New Delhi: The rupee started the year on a bullish note, but it is expected to depreciate to 68-69 range by December 2017, amid global political risks and strengthening of the US dollar, says a report.

The rupee has been rallying since January 2017. The domestic currency is trading at around 65.40 as against 67.90 in the beginning of January. "The rally in rupee reached higher levels post prudent budget, muted impact of demonetisation on GDP estimates and historic mandate in Uttar Pradesh to BJP further strengthened the rupee, making it more expensive than other peer currencies," Edelweiss said in a research note.

Factors like stable macroeconomic fundamentals, forex reserves and contained twin deficit helped the rupee to rally. "Though India's macro remains stable, its suppressed inflation and differentials could widen causing INR to depreciate from current levels. We believe that INR may not be over-valued but it appears to be over-heated," it said.

According to Edelweiss, rupee will depreciate to 68-69 range by December 2017 and global political risks and strengthening of the US dollar could be the key factors affecting rupee as against the greenback.

The domestic brokerage firm believes that there is a room for the RBI to intervene in the currency markets as banking system liquidity normalises and inflation will continue to "positively surprise" the RBI.

We expect the interest rates in India to remain at the current levels for fiscal 2017-18 and Fed to hike interest rates one more time by December 2017. "This narrows the gap and will cause INR to depreciate," the report added.

"Trump's ability to provide fiscal stimulus will play an important role in deciding the strength of the US dollar. There appears to be limited scope for INR to appreciate beyond the 64-65 range," the Edelweiss report said.