Foreign investment in the debt market is capped at 5.5 per cent of India’s roughly $760 billion. 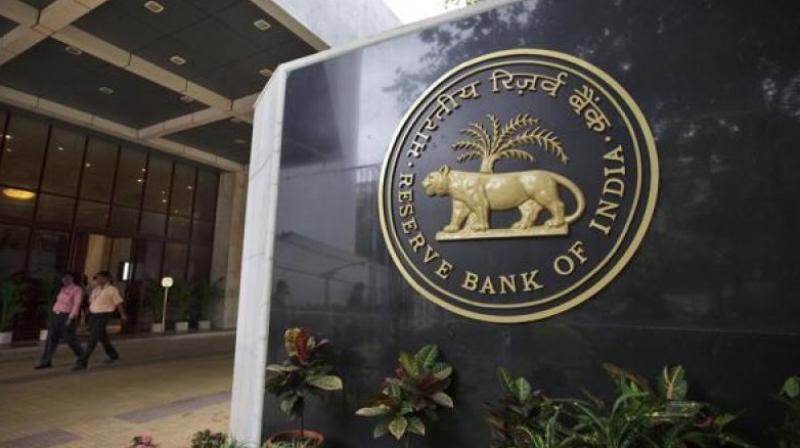 Mumbai: Amid all the noise about an increasingly hawkish US Federal Reserve, a trade war and higher oil prices, the Reserve Bank of India’s silence is deafening, say investors piling out of the country’s bonds.

India has seen the largest bond outflows in Asia this year, and investors say the RBI’s laconic communication has added uncertainty in an already challenging environment for emerging markets, especially those countries running current account deficits.

The Indian rupee hit a record low of $69.13 on Friday and has fallen 7 per cent so far in 2018, the most in Asia. Bond outflows totalled around $6 billion this year, the heaviest in the region, although foreign investment in the debt market is capped at 5.5 per cent of India’s roughly $760 billion of issued debt in the fiscal year ending March 2019.

During emerging market weakness in the last three months, RBI Governor Urjit Patel made only one passing reference to the rupee. Prompted by a question in a 15-minute news conference following the bank’s decision to raise rates in June, he said the bank was watching the currency’s impact on inflation.

By contrast, many central banks in Asia, from China to the Philippines, have publicly reassured investors that foreign exchange stability was an important policy objective.

The Reserve Bank of India did not respond to a request for comment.

“The central bank has enough firepower in the form of forex reserves to deal with the rupee volatility,” Garg said.

“The role of RBI is to ensure that there was no disorder.”

Investors say a central bank’s signals give them a sense of how uncomfortable they are with market pressure and offer valuable context about policymakers’ thinking and decisions.

When there are few explanations and guidance is scarce, investors price in an uncertainty premium, investors said.

“If you have confusing communication, that only results in increased volatility,” said Rohit Garg, an emerging markets fixed-income and foreign exchange strategist at Bank of America Merrill Lynch in Singapore.

“It could result in the currency underperforming and weakening much more than expected.”

More than a half-dozen Indian investors, who asked not to be named due to the sensitivity of the issue, told Reuters a tight-lipped RBI was a key reason for ditching bonds in recent months.

Total returns on Indian bonds this year are negative 4 percent, one of the worst in Asia after outperforming last year.

“We have sold off most Indian assets and will prefer not to enter into India in the short term until the macro-picture on pressure on the rupee, fiscal slippage and current account deficit becomes clear,” said Johnny Chen, a portfolio manager at NN Investment Partners in Singapore, who said he preferred Indonesia to India because of a stable rupiah.

Chen, however, said he did not take issue with the Indian central bank’s communication strategy, noting that its primary focus was the inflation target.

To be sure, the RBI is not sitting idly. It increased rates by 0.25 percentage point in June, while forex reserves have dropped by $20 billion, or 5 per cent, from April peaks after the central bank sold dollars to support the rupee. That seems to signal RBI’s discomfort with the pace of the rupee’s weakening.

But critics say simply saying so could have saved the RBI some money.

“RBI could issue statements, offer guidance more clearly to the markets on India’s stance on rupee and factors behind volatility in the currency markets,” a finance ministry official said.

The central bank’s opaque communications have been a long-running source of frustration for market participants.

Patel, who has given six public speeches since taking office in September 2016 and who typically takes seven to eight questions in his 15-minute news conferences, also came under severe criticism for not addressing the controversial high-value banknote ban in late 2016.

The move by the government had severely disrupted the supply of notes, hurting employment and growth, and pulled the rupee down to a record low in November 2016.

Patel’s silence on the exchange rate stands in sharp contrast to Bank Indonesia’s governor, Perry Warjiyo, who has been speaking in public multiple times a week and, after heavy intervention and a full percentage point rate increase, has managed to arrest the sell-off in bond markets.

Rohit Garg said his in-house tracker of real money investors, who tend to hold assets for the long term, showed them buying more bonds in Indonesia, “purely because they have more confidence” in the central bank there after its aggressive moves to defend the rupiah.