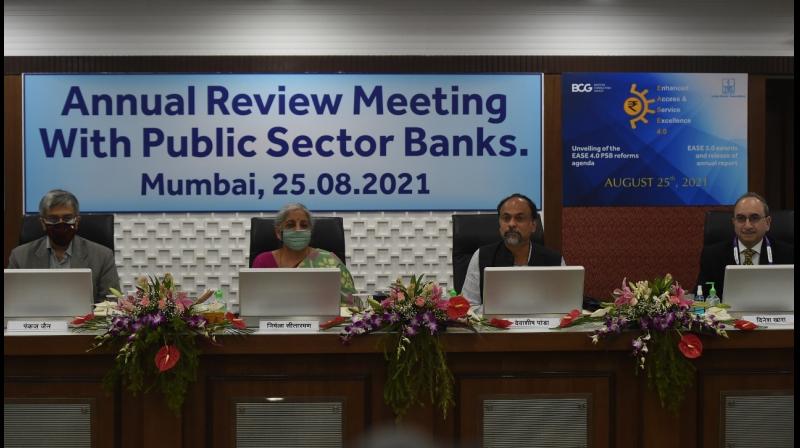 Finance secretary T. V. Somanathan on Tuesday made the announcement during a meeting. (Photo: Twitter/@FinMinIndia)

Mumbai: Insurance companies have welcomed the government’s plan of introducing insurance bonds as an alternative to bank guarantees but said that the pricing should be market driven for insurers to offer such a product to cover unexpected liabilities in a project.

Ashvin Parekh, managing director at Ashvin Parekh Advisory Service said, “It is a progressive move. The pricing of the insurance bond should not be controlled but should be market driven.”

Karni Singh Arha, chief financial officer at Bharti Axa General Insurance said, “It is a very good concept and an indication of maturing of the market with regards to accommodating a new product such as an insurance bond. However, the supply and demand will depend on the balance sheet strength of the issuing insurer and the interest of the buyer.”

Bank guarantees are usually asked for while extending a loan and typically require a collateral. An insurance bond is also a surety but it does not require any additional collateral, as the insurer guarantees payment.

Finance secretary T. V. Somanathan on Tuesday made the announcement during a meeting between industry captains and finance minister Nirmala Sitharaman, who is on a two-day visit to the financial capital.

"Government is exploring the possibility of instituting insurance bonds as alternatives to bank guarantees," an official statement said.

As per reports last year, insurance regulator Irdai was also looking at the option of insurers offering surety bonds in the context of road projects.
Meanwhile, Sitha-raman, who met the industry captains in the evening, said the government is committed to working towards ensuring policy certainty, adding that the regulators also have a key role in ensuring the same.

She said the government is working with the regulators on this "important issue.”