All you need to know about Rs 2,500 UDAN scheme 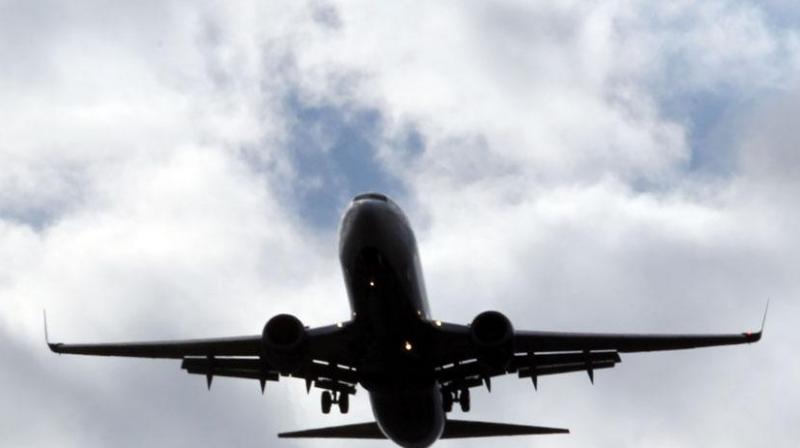 UDAN is a first of its kind scheme in the wolrd and in post-independent India.

Three initial flights were launched in the routes Shimla-Delhi, Kadapa-Hyderabad and Nanded-Hyderabad. "We had the opportunity to frame a civil aviation policy, which caters to aspirations of the people of India," Prime Minister Narendra Modi said.

Civil Aviation Minister Ashok Gajapathi Raju at its launch had said that the centre-piece of the policy is to make regional air connectivity a reality. He said that the policy aims to take flying to the masses by making it affordable and convenient. 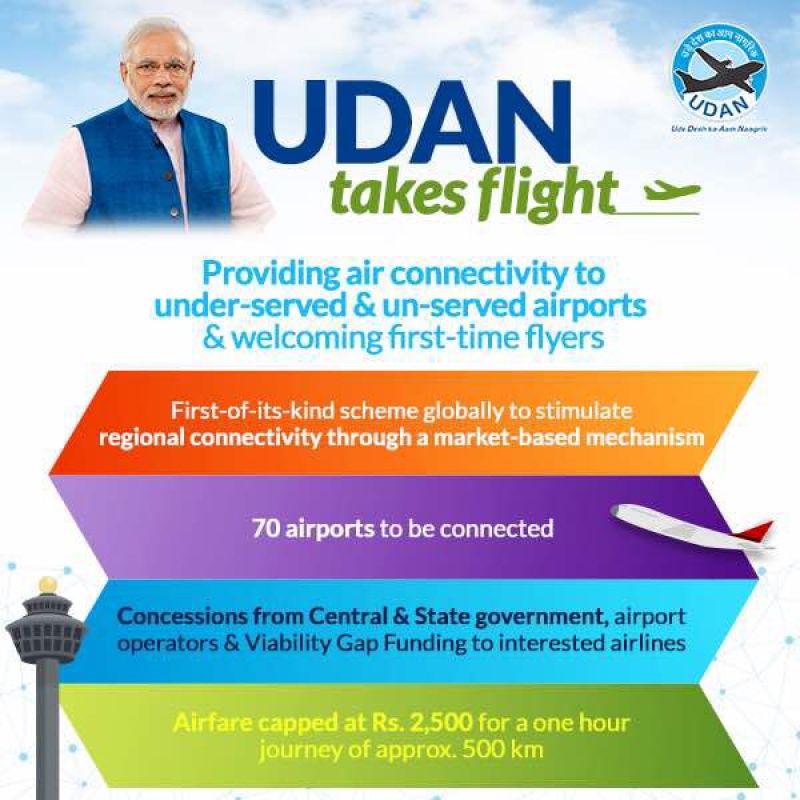 Ude Desh ka Aam Nagrik or UDAN launched by Modi is part of government's efforts to enhance air connectivity in country and boost tourism. Here are things that you should know what UDAN offers to air travelers.

1) UDAN was conceptualised by the Civil Aviation Ministry under its Regional Connectivity initiative brought under the purview of National Civil Aviation Policy unveiled in June last year.

2) For smooth transition to UDAN, government earmarked an indicative cost of Rs 50 crore - Rs 100 crore for revival of airstrips/airports as no-frills airports.

3) The three initial flights that were inaugurated by Prime Minister Narendra Modi were launched in the routes of Shimla-Delhi, Kadapa-Hyderabad and Nanded-Hyderabad.

4) "Airfare for a 1-hour journey of approximately 500 km on a fixed wing aircraft or for 30-minute journey on a helicopter would be capped at Rs 2,500," the PMO said.

5) Seating capacity of airlines under UDAN scheme will range from 19 to 78, and 50 per cent of seats in every flight will have a fare cap of Rs 2,500 per seat per hour, a report in Times of India said.

6) Airports Authority of India has approved 27 proposals which will see 27 airports which are presently served, 12 presently underserved airports and 31 unserved airports (for a total of 70 airports) connected.

7) Government has extended Viability Gap Funding for making UDAN a reality. Funds under VGF are meant for government projects or initiatives that are economically viable but financially are not feasible. VGF is a sort of subsidy.