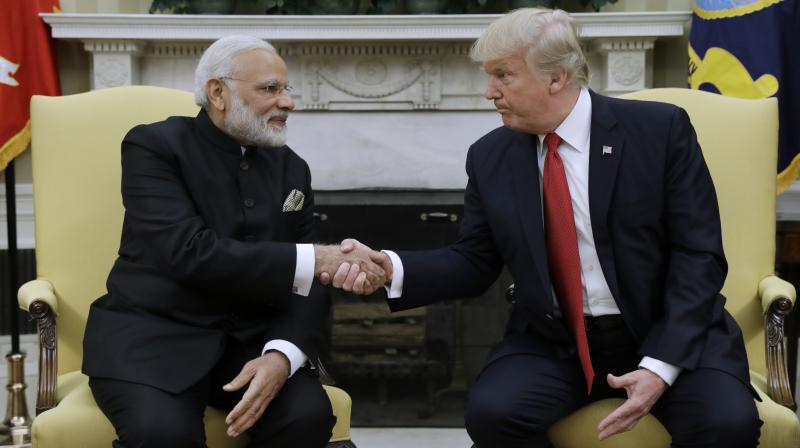 New Delhi: India Inc today gave a thumbs up to the first bilateral meeting between Prime Minister Narendra Modi and US President Donald Trump and said the commitment to intensify economic cooperation has reinstated the confidence in the partnership between the two nations.

Industry body Assocham welcomed the joint statement following the meeting, stating that the mutual commitment to increasing market access in information technology and other sectors is a big positive for the USD 150 billion Indian software and services industry.

Assocham Secretary General D S Rawat said yet another positive from the outcome of the Modi-Trump meeting is the commitment to strengthen cooperation to address excess capacity in industrial sectors.

The mutual commitment to expedite regulatory issues would also be of a great help to the Indian pharmaceutical industry which has been facing several problems at the end of the US FDA, he said. Ficci President Pankaj Patel said, "We are glad that the confidence in the US-India partnership is reinstated during his (Modi's) meetings with President Donald Trump and there is a commitment to intensify the economic cooperation as well as advance the principles of free and fair trade".

As the US continues to recognise India as a major defense and energy partner, the two countries will work together to leverage new opportunities for collaboration in these sectors, Patel added.

On the occasion of the visit of Prime Minister Modi to the US, Ficci and East-West Center launched a report titled 'India Matters for America/America Matters for India' at Capitol Hill in Washington.

The report highlights the upward trajectory and expanding and deepening nature of the US-India partnership in areas such as defence, trade and investment, and education and people-to-people exchanges, observing that trade between the two countries has increased by nearly 200 per cent since 2005.

Defense trade has increased from USD 1 billion in 2008 to USD 15 billion at present, said the report.