Jalan will lead a six-member committee which will review the status, need and justification of various provisions. 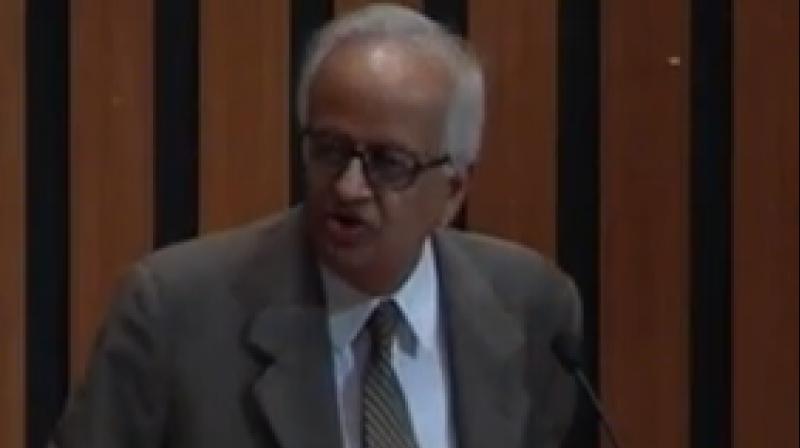 New Delhi: The Reserve Bank of India (RBI) has appointed former governor Bimal Jalan to lead a review of its economic capital framework, it said in a statement on Wednesday, potentially freeing up trillions of rupees for government coffers.

Prime Minister Narendra Modi’s government has been insisting on a new policy for reserves held by the RBI and the distribution of dividends.

Heated discussions over revamping the economic capital framework was one of the key reasons behind the sudden resignation of the RBI Governor Urijit Patel earlier this month.

Jalan will lead a six-member committee which will review the status, need and justification of various provisions, reserves and buffers presently provided for by the RBI, the central bank said in a statement.

It named Rakesh Mohan, a former deputy governor, as the vice chairman of the committee. The other members are Economic Affairs Secretary Subhash Chandra Garg, RBI deputy governor N.S. Vishwanath, and two RBI board members Sudhir Mankad and Bharat Doshi.

The committee has been given 90-days from its first meeting to complete the report.

Soon after the announcement, Jalan, who is seen as enjoying the support of the government, said he would be able to comment on a timeline once he’d reviewed the terms of the panel.

Currently, there is no agreed formula between the government and the RBI on the distribution of dividends.

The government wants to set a clear formula for the transfer of funds as fiscal deficit and expenditure calculations can be upset if the amount received from the central bank is lower-than-expected.

If the panel suggests a less conservative framework for RBI reserve holdings it could free up large sums of cash for government use.

Such funds are crucial to Modi’s government, which will look to lure voters by giving tax rebates, increasing funding for rural schemes and spending on subsidies ahead of a general election that must be held by May.

The central bank in August announced the transfer of 500 billion rupees ($7.14 billion) in dividends to the federal government for this fiscal year. The government is planning to ask for an additional interim dividend before the end of the fiscal year on Mar. 31, 2019.